I’ve never used an iPhone for more than a month and often got rid of it after completing the review process. However, the situation has changed this year after the failure of Apple’s biggest competitor. The new iPhone 7 Plus is undoubtedly the best high-end smartphone you can buy right now. Here is my full review after using the phone for the last few weeks.

This is the A1661 sim-free version released a few weeks after the official launch of carrier versions.

My review unit comes in Rose Gold color, but Apple actually releases 2 new colors this year, Black and Jet Black, and discontinue the Space Grey color. As compared to the iPhone 6S Plus, the iPhone 7 Plus features almost the same design. If you just look at the front, it would be impossible to distinguish between the two generations. It is still the same unibody aluminum frame with rounded corners and curved sides. 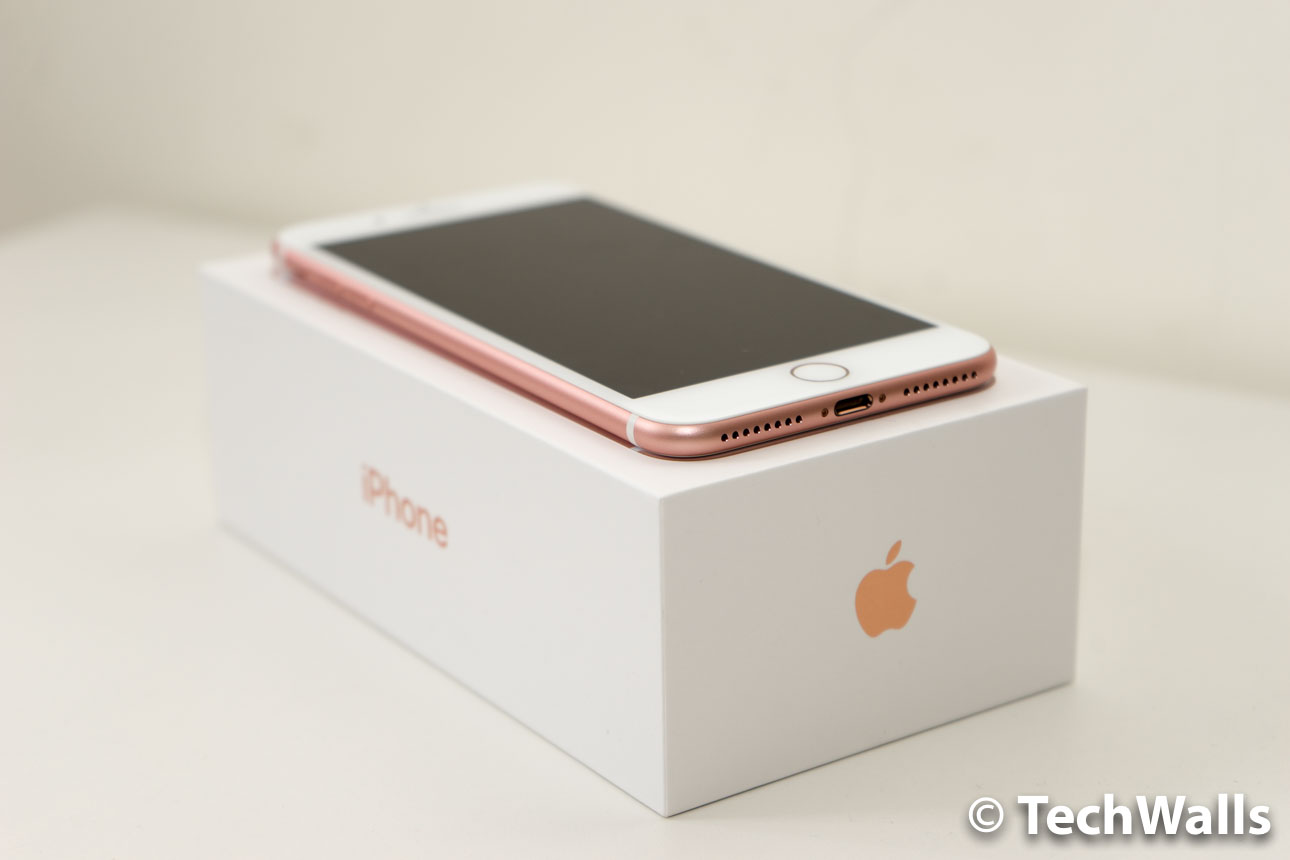 Examine the device a little further, you can figure out some changes here. The most obvious change is the new dual-lens camera on the back, so you can see that the setup is a lot bigger now. 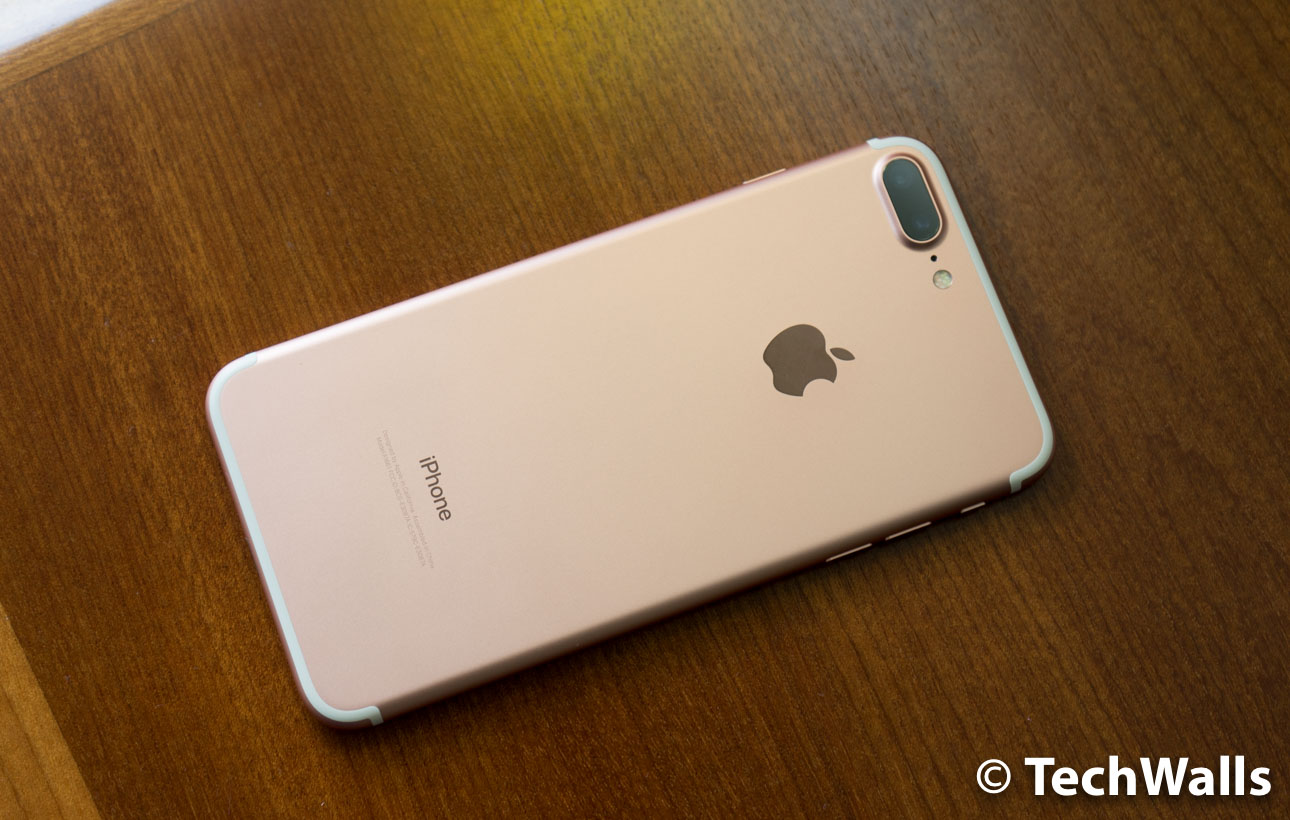 Another noticeable change is the redesigned antenna bands. The bands are no longer running across the back panel, instead, Apple places them along the top and bottom edges now. This makes the back of the iPhone look a lot cleaner and sleeker now.

There might not be a significant change on the outside, Apple did make the iPhone more durable under the hood. It has the IP67 rating, that means it is fully protected from dust and water-resistant when being submerged in 1m of water. So you will be totally fine when using the iPhone under the rain or when bringing it to your bathtub. 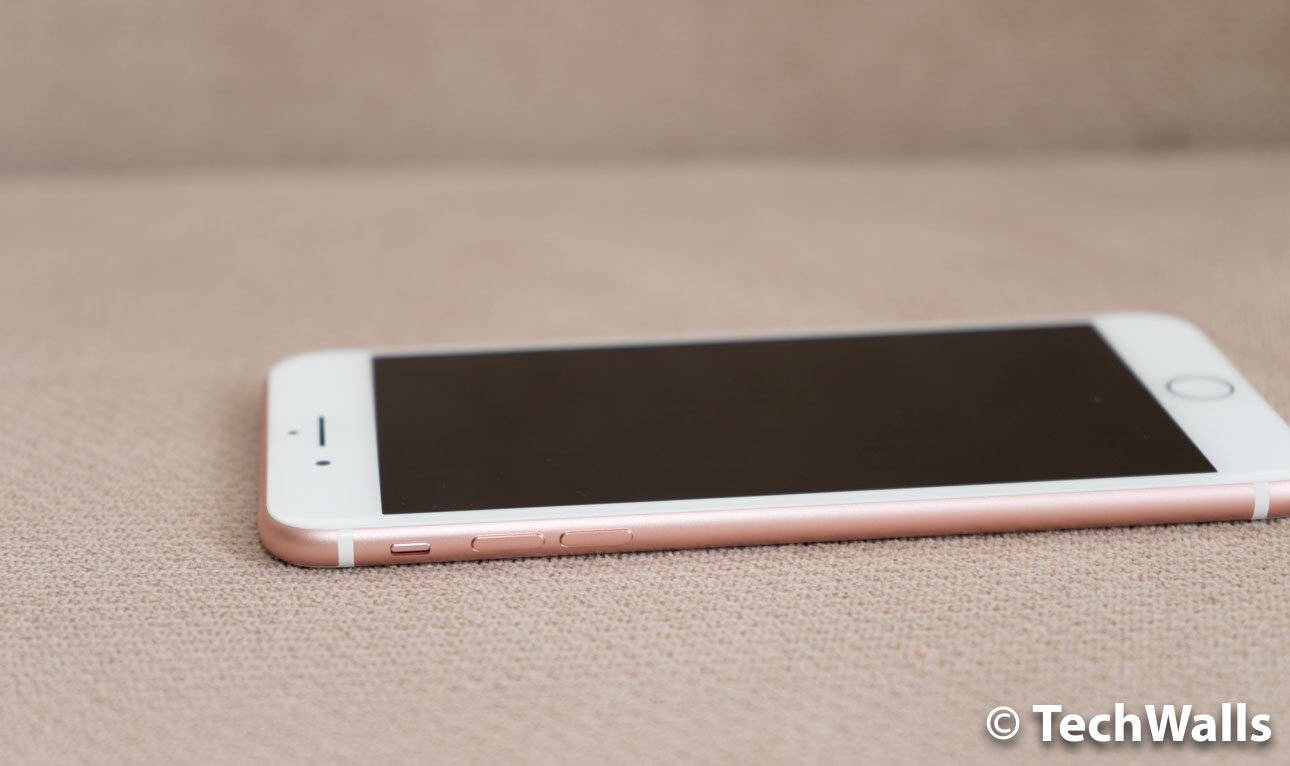 Most iFans welcome those changes but the removal of 3.5mm headphone jack is unacceptable for most of them. They include an adapter inside the box so that you can still use your wired headphones, however, it’s quite inconvenient to bring the adapter with you. Therefore, the best choice to enjoy music on the iPhone 7 is using Bluetooth headphones.

The iPhone 7 Plus receives an important display upgrade this year. You will still see a 5.5-inch screen with the fullHD resolution (1080 x 1920) and pixel density of 401ppi. However, the LCD screen is 25% brighter and supports the Display P3 color space for a wider color gamut. Analysts at DisplayMate found out that this is the best IPS LCD display on a smartphone with high contrast ratio, low screen reflectance, and record color accuracy. However, it is still not as colorful and vibrant as AMOLED displays. 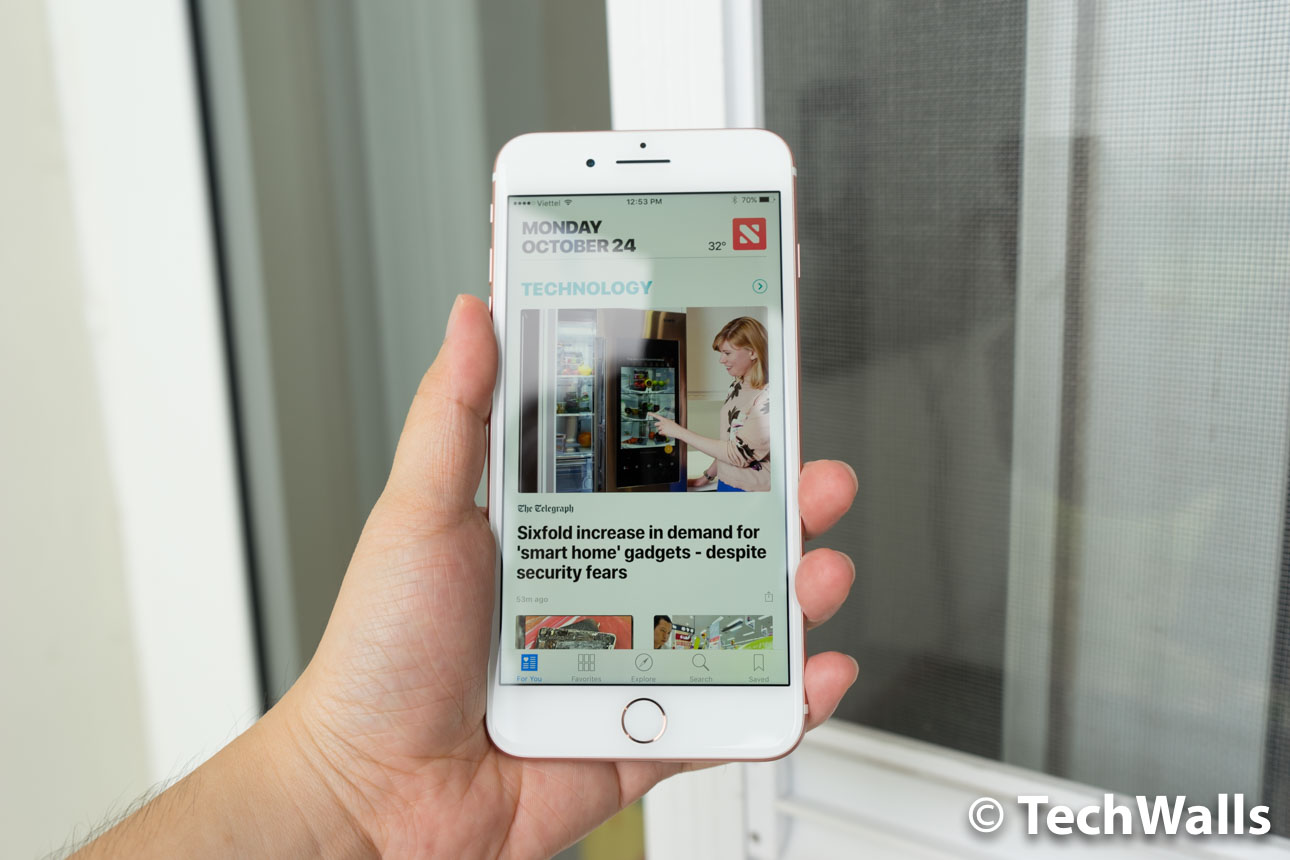 One of my favorite features of the iPhone 7 Plus is the quick and accurate fingerprint scanner. I always have problems unlocking my Samsung phone as the success rate is often lower than 80%. The fingerprint sensor on iPhone is among the fastest and it works flawlessly. Besides, the home button receives an important upgrade. This is no longer a physical button, instead, it is more like a touch pad with Force Touch technology. Many people are not aware of the change because of the perfect vibrations coming from Apple’s Taptic Engine. You can choose your click in the settings, there are 3 modes with different levels of vibrations.

In terms of software, iOS 10 features some minor changes such as the improved Message app, new Widget page, Siri for apps, new Home app, raise to wake or rich notifications. 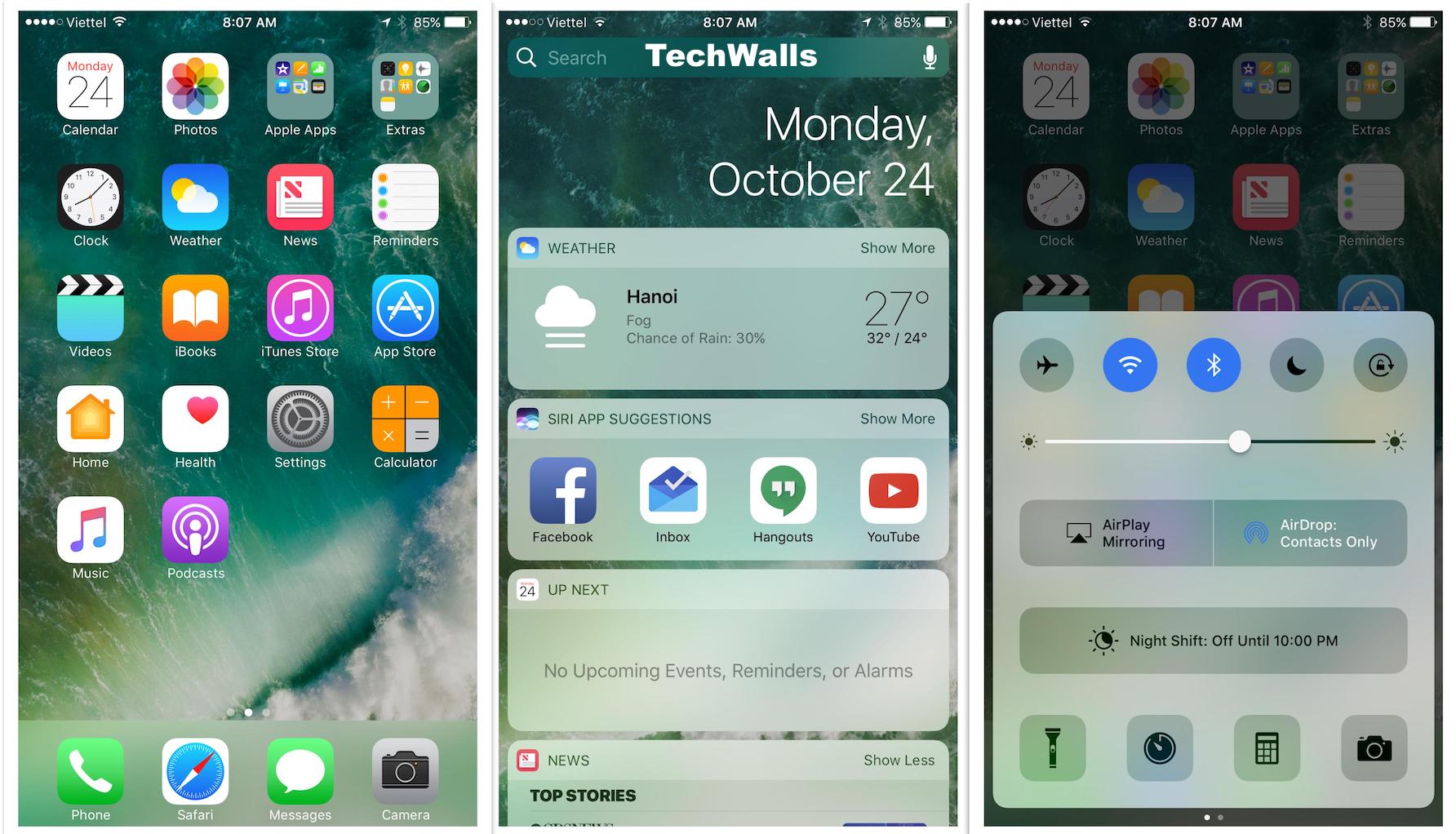 The best thing about iPhone is that most apps and games are optimized for the iOS. Developers obviously prioritize the App Store over Google Play Store, therefore, the overall performance of apps on iPhone is excellent. The iPhone 7 Plus can launch apps faster, run smoother and I hardly see any hiccup or freeze. I tested some heavy 3D games on the iPhone and honestly, the frame rate is unbeatable. The same games installed on my S7 Edge look choppy and it totally ruined the gaming experience. The awesome performance is also the result of hardware upgrades.

The awesome performance is also the result of hardware upgrades. The iPhone 7 Plus is powered by the A10 Fusion chip with 3GB of RAM, the processor is boasted to be the most powerful chip ever on a smartphone. Some recent tests pointed out that the processor on iPhone 7 outperforms all Snapdragon chips founded on Android flagships out there.

On the other hand, I am quite disappointed that some stock apps on the iPhone are still terrible. I tried to replace the Mail, Calendar and Apple Maps with equivalent apps from Google but I couldn’t have the same experience on an Android phone.

I always had bad impressions with signal reception on previous iPhone generations but the iPhone 7 Plus performs amazingly good. As I live in an area with poor coverage, I had a lot of problems on my previous phones, such as interrupted or dropped calls. Fortunately, that’s not the case with the iPhone. I’m very pleased with the voice quality as it is smooth and clear even when I’m walking to some dead spots in my apartment. However, a recent research pointed out that not all iPhone 7 phones are built the same, and the iPhone has worse LTE performance than the Samsung Galaxy S7 Edge.

I was so confused with the 2 camera lenses on the new iPhone. Apple announced that one is the wide-angle lens and the other is a telephoto lens. However, you can’t simply switch between the 2 lenses with a tap on the 1x or 2x button on the screen. I tried tapping on the 2x button to take a portrait photo, then I used my finger to cover the telephoto lens, surprisingly, the camera still could take a picture using the wide-angle lens. 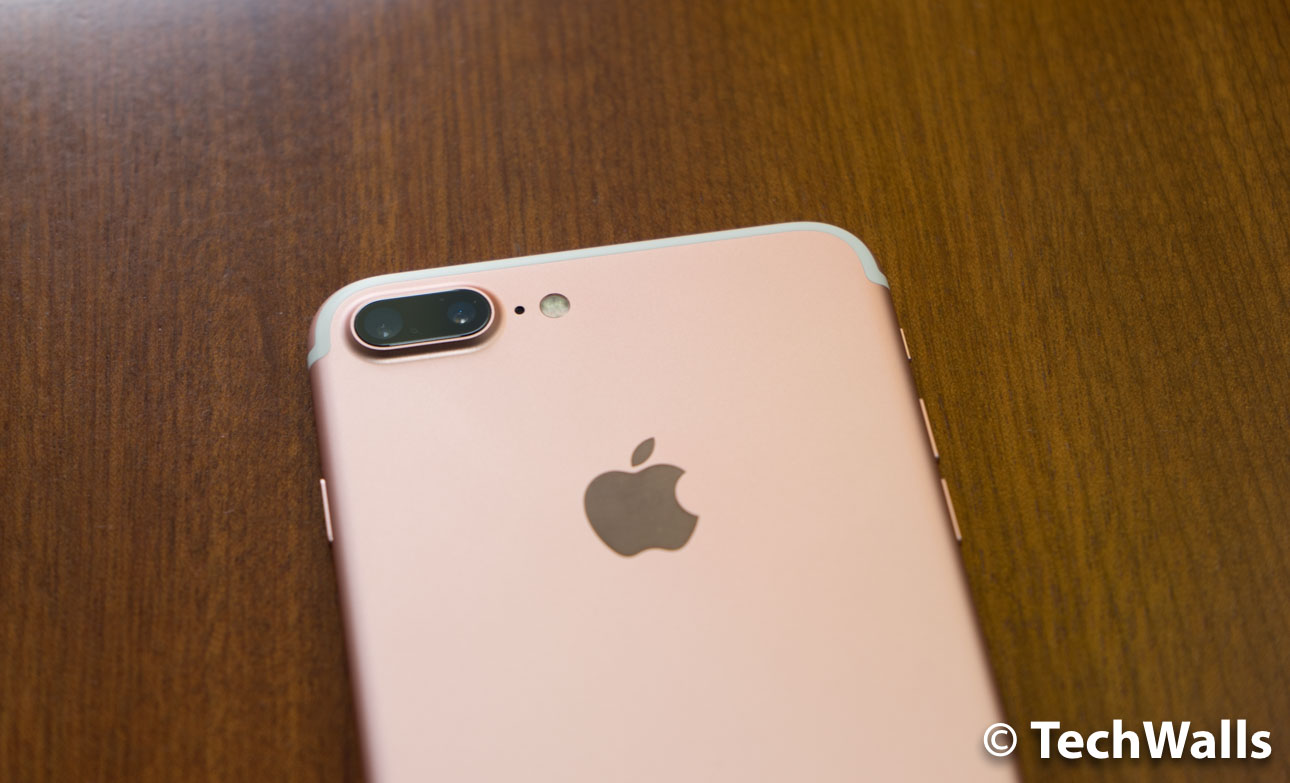 That led me to a thought that Apple just used one lens and digitally zoomed in for close-up pictures. After some research, I figured out that it’s half of the truth. Apple does use the wide-angle lens and digital zoom when you tap on the 2x button, it is faking the telephoto lens after analyzing the lighting condition. If the environment is not bright enough, the iPhone will decide to use the wide-angle lens because it can capture more light. The lens has a larger aperture, f/1.8 as compared to f/2.8 on the telephoto lens. When you use the 2x mode under well-lit environments, the iPhone 7 Plus will actually use the 2x optical zoom of the telephoto lens.

There is no way to switch between the two lenses manually in the stock camera app. If you want, you can use 3rd-party camera apps to change the lens.

In terms of image quality, I don’t see a huge improvement as compared to the camera on iPhone 6S Plus. However, the performance in low light is much better with less noise and artifact, thanks to the new image processing chip. Photos taken outdoors show a great dynamic range, details and accurate colors. The camera totally can sit on the same level as the ones on Samsung Galaxy S7 Edge or Google Pixel. Take a look at some sample images below.

I am not really impressed with 4K videos captured with the camera. There are still a lot of visible noises even when recording under good lighting conditions. Watch some 4K footages in the video.

The battery life is quite good as it could last a full day. For example, I charge my iPhone at 6 pm and it even survives until the end of the next day. The juice is drained out faster when I use Google Hangouts, FaceTime or play games. 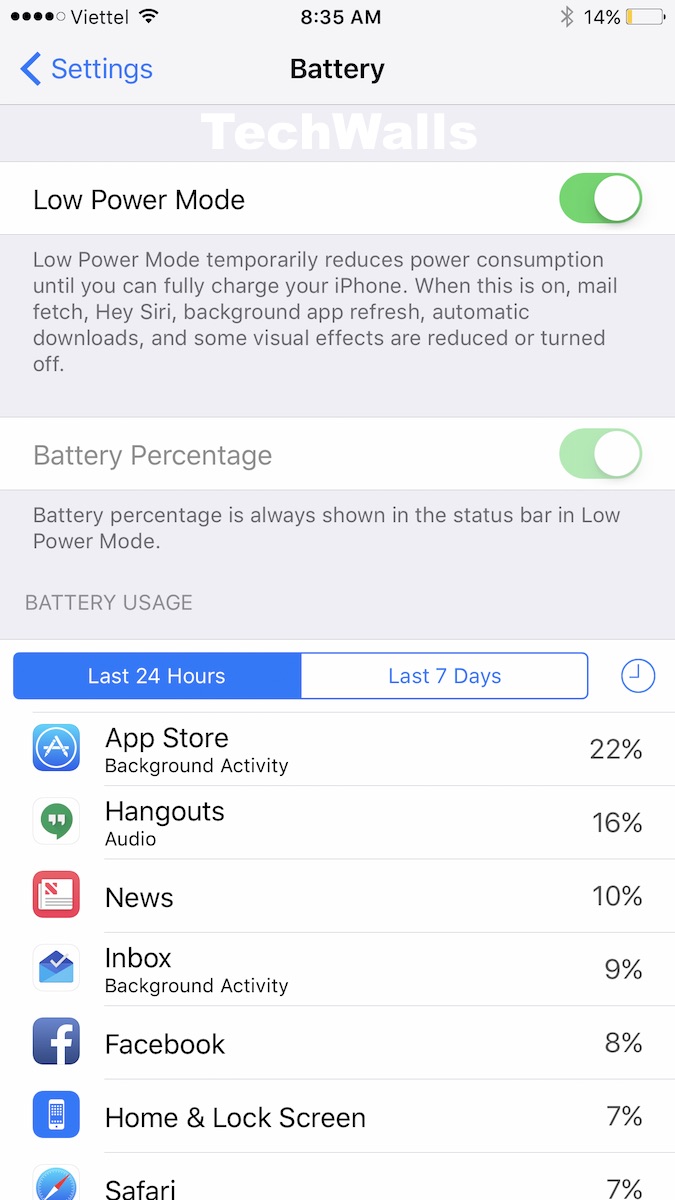 However, charging the battery is another story. I often charge the battery when there is less than 15% left and it would take approximately 3 hours to fully charge it. This is extremely slow as compared to Android smartphones supporting quick charging.

All in all, the iPhone 7 Plus has become the best phablet on the market, especially after the early death of Samsung Galaxy Note 7. This is not a must-have upgrade if you’ve already had the iPhone 6S Plus. However, if you want the most powerful smartphone ever, or you just love the brand, or you’re scared of exploding batteries, this is the highest-quality phone out there.

Buy iPhone 7 Plus on Amazon

The best smartphone of the year 2016