Google announced their new OS Android Kitkat 4.4 a couple of months back and for being the newest OS out there in the line of Android, the most popular as well, but the question is when will your phone get the new update as a lot of Android users are anxiously waiting to try it on their smartphones.

Android Kitkat 4.4 is optimized so well that even a smartphone with 512MB of RAM would have no problem running it smoothly but that does not look like the case as only the good smartphones are receiving the updates while the low end smartphones are left behind. We have a list for you about the smartphones and details about when they will get their updates, but in case you don’t see you smartphone listed in there, chances are you smartphone might not get an update. 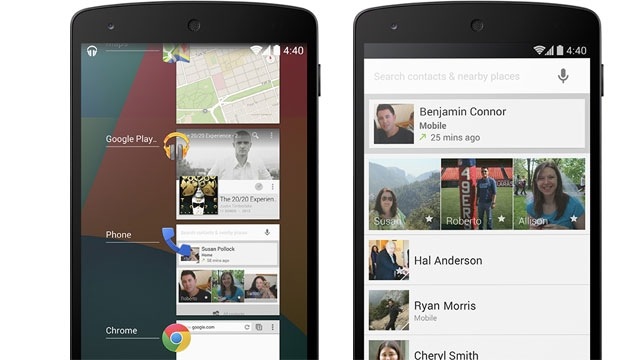 Galaxy S4 – To be updated in January

Galaxy S4 – Will get updated in March or April

Galaxy Note 2 – Will get updated in March or April

HTC ONE – By the end of January

HTC ONE Mini – In around 3 months

HTC ONE MAX – In around 3 months

All the devices listed above are high end devices and it seems pretty unfair by these companies not to release the new Android Kitkat 4.4 for some of the old or low end devices that would have no problem running the OS smoothly. For those who won’t get the new updates will probably stick to custom ROMS like Cyanogenmod and many others. The list will get updated and even more smartphones will join the line but for now this is all we have.