The LG Nexus image has been leaked showing the new coming and announced Nexus 5. The FCC has always been a good source to find leaked images and find about information for the upcoming hones, and now PhoneScoop hit the gold with the pictures of the LG Nexus 5.

We never heard any news from Google that which company will host the next Nexus 5 device since Google always looks at the feedback of previous Nexus device before choosing a company for its next nexus device. And if it is really LG, then we can say that Google is quite happy with the response it goes for the LG Nexus 4.

The leaked image showed that the photo had been taken from an Android phone. According to the sources, the image was taken by Android 4.4 KitKat announcement which is supposed to be showing the Nexus 5 in the hands of few people. It is believed that the set is the next Nexus 5 device from Google. But few think that it is the current Nexus 4 device. The only thing that makes it more creditable is the size of the smartphone looks a bit larger than the current Nexus 4. 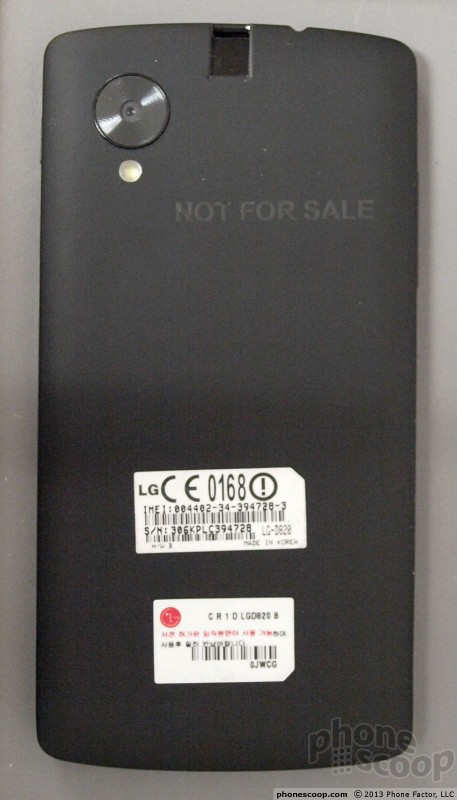 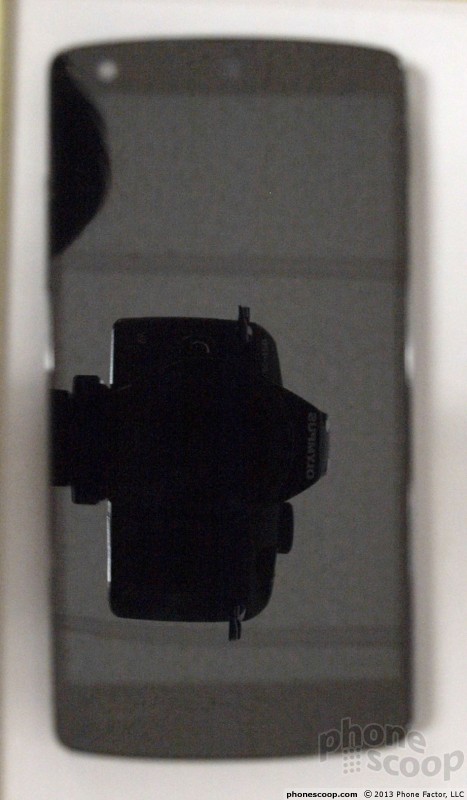 The images show that the new device is easy and efficient to use and hold in the hand and it looks elegant from the back and its style. FCC revealed images with the same device with the Nexus logo. It looks like a lot similar to the Nexus 4 if seen from the front. However the matte black may be a camouflage but this is not clear as of yet.

The FCC documents revealed that the upcoming device LG Nexus 5 is going to feature a 4.9” display with a resolution of 1080p. According to the rumours and the guesses, the LG is the manufacturer for the new device and thus the device’s specifications will be based on LG’s G2 which has Snapdragon 800 chipset and a 13 megapixel camera. Google is expected to give details on both the Nexus 5 and Android 4.4 the next month.