This is a hard time for HTC as it is struggling to sell their smartphones. The most recent report showed that HTC One M9 shipments are even nearly 44% lower than the HTC One M8. HTC seems to realize the problem and promised they will redesign its new HTC One next year.

So, why the HTC One M9 is such a disappointment? Let’s figure it out in the review.

I still remember the day I unboxed the HTC One M7, I was so excited holding it in my hand because it was the most gorgeous Android phone ever. I didn’t have that premium feeling when I unboxed the One M8 and One M9. Although the HTC One M9 boasts a jewellery finished and dual-tone all-metal body, it looks so similar to the M8, at least on my Gunmetal Grey unit. 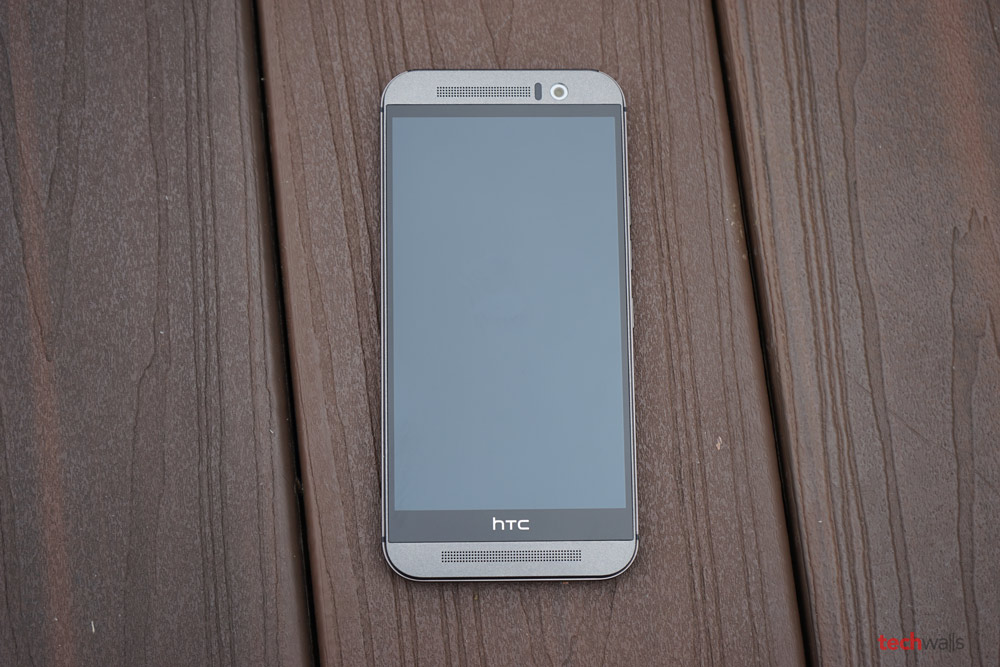 Another noticeable change is that the power button is now placed on the right side, along with volume rocker. This is a really bad change in my opinion. Although the power button can easily be reached now, it is easier to press the wrong button.

We can say that HTC just refined the One M9 design a little. It is a little thinner, shorter, and easier to grip. The camera on the back is now turning to a big sapphire-coated square lens. We no longer see the gimmicky UltraPixel Duo camera. 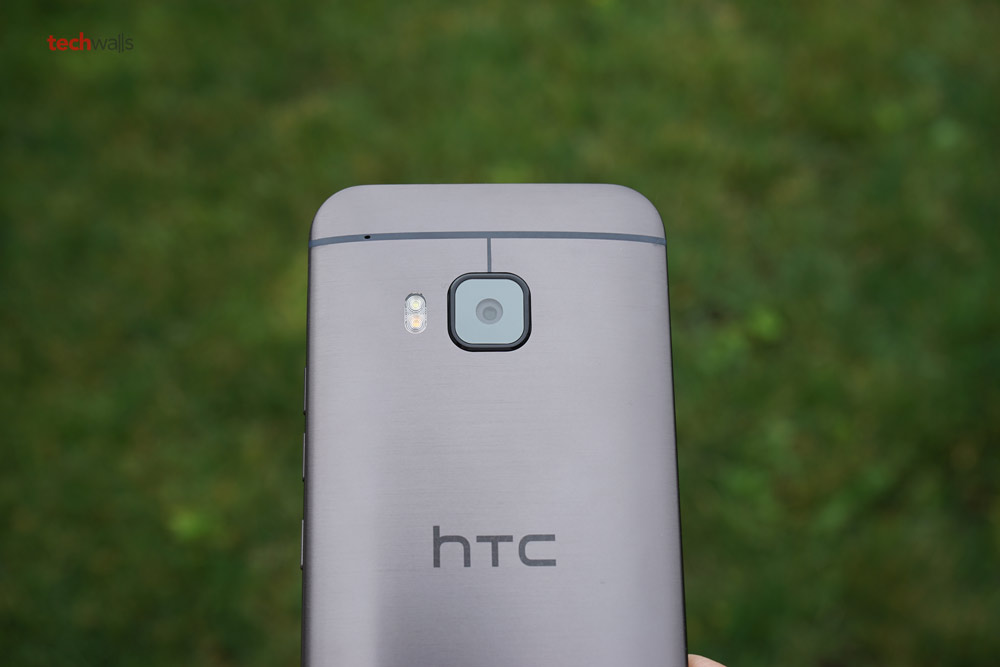 The Sprint HTC One M9 I’m using runs on Sense 7 on top of Android 5.0.2 Lollipop. There are a few changes on Sense 7 as compared to Sense 6.5. The most important change is the HTC Sense Home, basically it is an intelligent widget that arrange apps automatically based on our location and app usage, therefore, you will see a different home screen when you are at work or at home. There are two folders in the widgets, which are Suggestions and Recent Downloads, I recommend you to delete both of the useless folders. You might also be interested in new themes on Themes Store and new notifications. 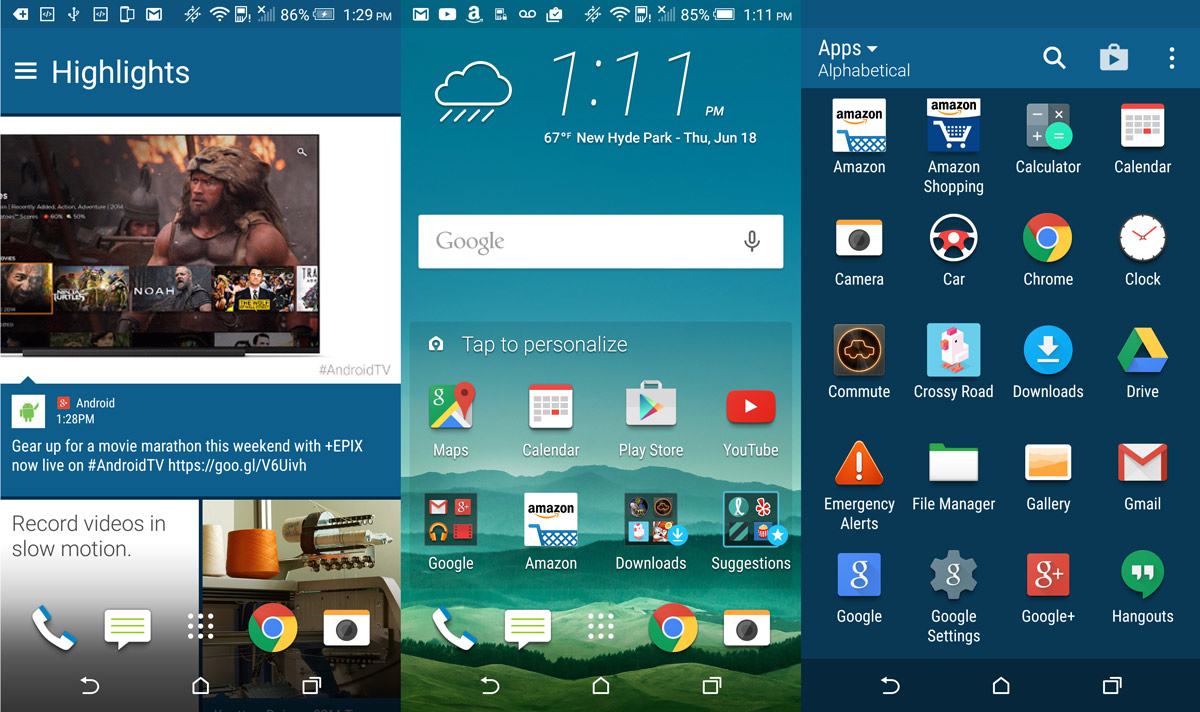 The octa-core Snapdragon 810 is so powerful. During the last 3 weeks using this phone, I hardly saw any lag when playing games, browsing web or streaming music and videos. I believe the processor will still function very well in a couple of years.

What people love most about this phone is obviously the HTC BoomSound. HTC partnered with Dolby Audio Surround and packs the phone with two front-facing speakers like we saw in its predecessors. It is promised to deliver high-quality sound when you use the speakers or your headphones. The One M9 obviously has no competition in the battle, I really enjoy the clear sound of the speaker and can leave my headphones on the desk most of the time. The sound can’t replace external speakers or headphones but it is good enough when I watch Youtube or movies.

As this is the only Sprint phone I have, I can’t compare the signal reception with other phones because I’m using T-Mobile with my Samsung Galaxy S6. However, this seems to have good signal as phone calls have good voice quality and I get high-speed data transferring on 4G LTE and Wi-Fi. 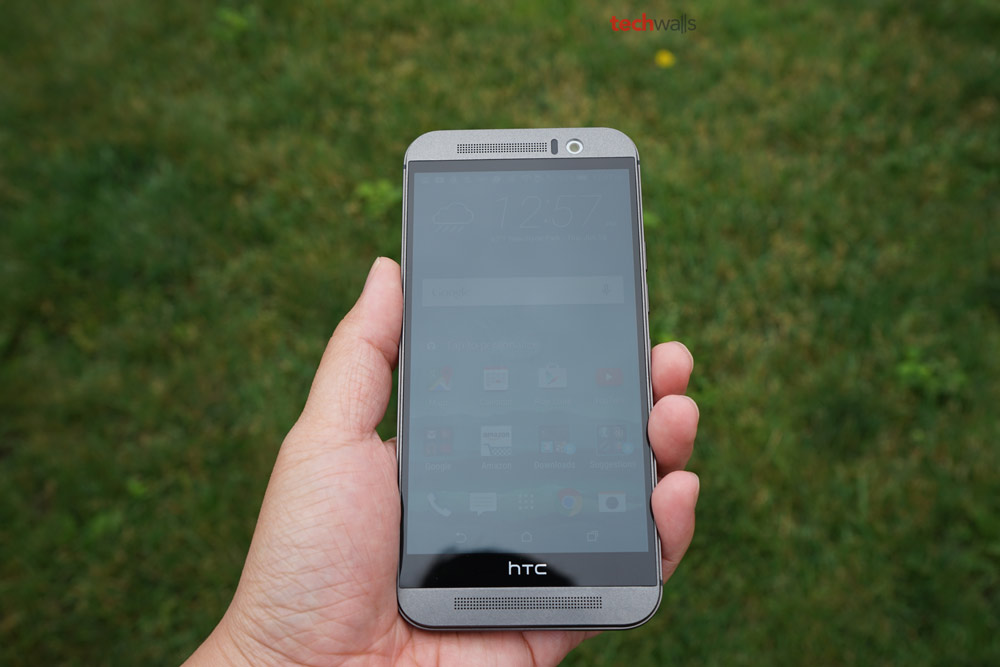 The HTC One M9 uses the same 1080p SuperLCD 5-inch display covered in Gorilla Glass. I’m glad that HTC didn’t go with QHD screens on most flagships this year. The 441ppi screen is sharp and bright enough, more importantly, it doesn’t drain the battery as fast.

We were all disappointed with cameras on HTC phones in the last few years. When I see that the One M9 is upgraded with a 20.7MP camera with sapphire glass lens cover, I was really excited but then I realized the pixel count doesn’t mean anything at all.

The camera can be a good one in 2012 but it is totally outdated now. I’m so disappointed with the slow shutter speed, slow autofocus and horrible HDR. The images have great details and color reproduction when you have the right lighting condition but you don’t have it most of the time. So, this camera is obviously not the best choice to capture your beautiful moments.

Below are some image samples.

You can see issues of the camera more clearly in the 4K video below. It has a hard time to focus, find the right exposure and the result is an unusable video.

Although the new One M9 has a 2840-mAh battery, which is larger than its predecessors, it still can last just about a day. You will need to charge the phone at the end of each day. The One M9 features Quick Charging technology but the quick charger is not included in the box, so I didn’t have a chance to test it. It is ridiculous to spend extra for the charger.

The HTC One M9 is available on most carriers and you can purchase it with contract on Amazon. This is a boring upgrade and it can be the worst flagship of the year in my opinion. If you’ve already had the One M8, you should keep it for another year and wait for One M10.