Now that you’ve already learned how to minimize how long it takes you to churn out posts and how to write content that your readers love, it’s time to add a new aspect to your content: shareability. (Yes, I realize it’s not a word – I invented it a few seconds ago). Now I’m going to help you do something for yourself and for your traffic: I’m going to give you a few actionable tips that will help you to write content that reaches the front page of popular social media sites like Reddit, Digg, and Delicious!

It’s important to realize that certain types of users are active on sites like Reddit and Digg, and that some bloggers will find it very difficult to get their content popular enough that it shows up on the front page of one of these social networking sites. For example, gardening is probably a very difficult topic to ever get to the front page of a social networking site. Here are a couple of topics that have usually been pretty popular among users of these aggregation sites:

If you have a blog in any of these niches, accomplishing this seemingly impossible task of getting your content to the front page of one of these social bookmarking services will be easier than it will be for others with different niche topics. Now that we know which of the topics are generally the most successful, we’ll take at some types of posts that can become popular so that people not in these niches can also try to take advantage of this opportunity. 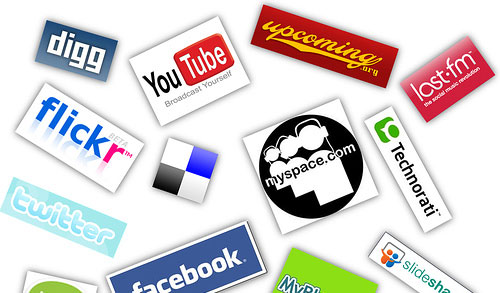 Which Types Of Posts Maximize Your Chances?

I’ve taken a look at a ton of the posts that are popular right now on Reddit, Delicious, Digg, and more, and I’ve tried to summarize all of the data into a couple of types of posts. (This is also based on my own experience – I’ve had a couple of articles go viral on these sites before – sadly, none of them on my own site.)

List posts may be the most commonly featured posts on these kinds of sites – all of my articles that have made it to the front page of Digg have been lists of things. Lists generally do well, so if you can come up with a unique idea, then you have a good shot at getting some digs!

Image galleries are especially popular on Reddit, where it seems that pictures are becoming more and more popular. Make a list of ten hilarious or inspiring images, and maybe you’ll hit gold!

These are also very common, and I’d like to give a couple of examples of posts that are titled very well, and as a result have landed on the front page of these sites.

Both of these posts are very passionately titled – the concepts of America dying slowly and the world economy collapsing are very inflammatory to many people, and probably drew more attention to these articles and helped them to get voted up the list. Of course, though, once you get people to your post, it is important to make sure that they are worth being voted up.

Honestly, the key to getting to the front page of these sites is as simple as this: write awesome content. If your content is truly amazing, chances are that people will find it and will take the time to share it with others. Of course, it helps to have tons of followers on these sites and make friends with large influencers, but that’s a post for another time. If you’d like to see a post on how to increase your following on these sites, and on how to make friends with the movers and shakers on sites like Digg, then leave a comment and let me know!