The word “less” generally has a negative connotation. When something is “less” than something else, it is smaller or lower in value. This word, however, is a valuable principle that many bloggers don’t understand, and that I learned at BlogWorld 2012.

When you give readers too many choices, they get overwhelmed. And, oftentimes, they will just not click anything at all!

Every single visitor that looks at your site should immediately have a clear idea of what they’re supposed to do, and there really shouldn’t be many choices to be made. I’m going to tell you how you can turn less into more on your blog and start focusing your readers in on the channels that you want and on the final action that you want them to take. Are you trying to build a subscriber list? This post is for you. Are you trying to convert traffic into sales? You’re in for a treat. Really, this article is a must read for all bloggers and content marketers!

Turn Less Into More, Starting With Your Sidebar

I want you to open a new tab, type in your URL, and then take a look at your site. Specifically, your sidebar. What shows up above the fold? What are the first things that readers see when they open your site?

Visitors should be able to easily answer the question, “what am I supposed to do now?”

Is there one clear option that stands out? If not, then you have some redesigning to do. Social buttons should not be littered all about your sidebar. If you’re going to have them, then pick two or three and stick them somewhere unobtrusive. (I would recommend 16×16 or 24×24 pixels. Anything bigger than that, and you’re wasting valuable space).

Let me tell you something: social media follow buttons are not as important as everyone makes them out to be. If you provide great content, then people will look for your social buttons – you don’t have to toss ten of them in their face. Take Derek Halpern’s Social Triggers for example. The guy doesn’t have any social follow buttons but he still has an Alexa ranking of 15,000! Stop using social media traffic as a crutch, and instead use it as a gatherer. Let me explain. 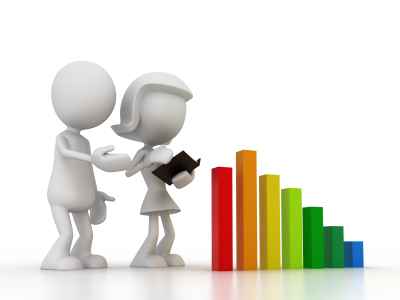 How Having “Less” Social Follow Buttons Can Give You “More” Traffic

I’m going to be honest – I’ve become a huge proponent of that “build your email list or you’re dumb” movement. Creating a base of email subscribers should be every blogger’s number one priority. Period.

In the scheme of things, the role that social media should play in your blog is probably not what it does play. Social media should be a traffic gatherer – the first step in a cycle of a few steps. You use these mediums to go out and take readers that you’re targeting with your content. (Keep in mind that all content should be built around an audience, and not the other way around).

Let me show you how many people use Twitter. This method will get you traffic, but it’s not traffic that you want. It’s garbage. Bloggers will make the mistake of getting a bunch of followers by following a ton of Twitter users, and then pasting their link into the Tweet box every time they publish a post, hoping to get a bunch of clicks and RT’s. No, no, no!

Social media should be the beginning of the content as well as the end of content. Use social media to tell people about your site (the beginning) and then use it to target specific groups after you’ve written posts (the end).

So… Why Should I Have Fewer Social Follow Buttons?

In addition to what I said earlier about readers not being sure what they’re supposed to do, having these buttons shoved in peoples’ faces advocates social media as that “get a bunch of eyeballs on pasted links” way to promote content. Having fewer buttons in less obscure places ensures that everyone who follows you is doing so after reading the content of your blog, loving it, and then deciding to keep up with you on their favorite platform. We want quality followers – not quantities of followers.

We mainly talked about social follow icons here, but apply this idea to everything on your homepage and your single post pages! Don’t give readers too many options. Instead, give them a few very targeted options, and watch your conversion rates shoot through the roof! (Note that you should first use Google Analytics to do some market research and determine which networks your readers prefer – don’t just pick your favorites).