More than a month after it acquired solar-powered unmanned aerial systems maker Titan Aerospace, Google is all set to kick off its ambitious plan to stretch out the reach of Internet across the world through a fleet of 180 satellites.

With it come the financial and regulatory implications of the plan.

The search giant is seeking to invest more than $1 billion in those high-capacity spacecraft to be lifted off to low-Earth orbit to spread Internet connectivity across the farthest locations that could hardly be reached by ordinary fiber optics and Internet services. 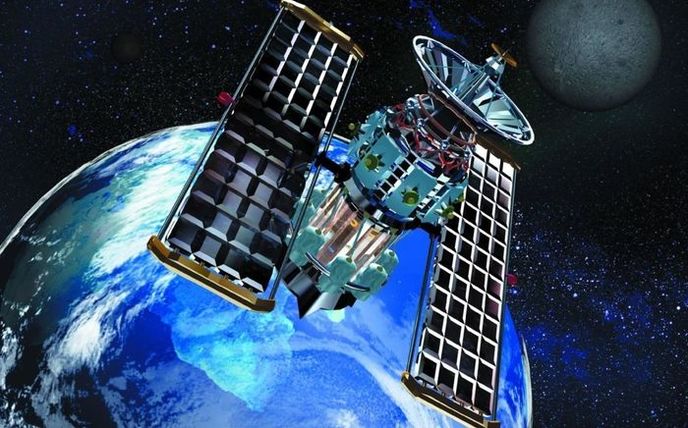 In terms of the financial hurdles for the project, analysts are projecting the costs of launching and maintain the satellites for Internet connectivity to reach up to more than $3 billion. And this figure is expected to climb as details for how the satellites are to be designed remain unclear.

This is the newest move by Google in its initiative to beam Internet on the ground from high above, an effort shared by Facebook which is planning to build drones. But Google’s satellite project could well serve better the people that have no Internet connection, since low-Earth orbit satellites have wider coverage. Both Google and Facebook intend for their respective plans to get more users online in order to boost revenue as competition in the market gets fiercer than ever.

Previously, Google was planning to develop its Project Loon, in which the search giant would build balloons to extend broadband service to far-flung areas. Imagine if those demographics that are not yet reachable by the Internet could join the rest of the world online, Internet giants Google and Facebook, among others, will surely benefit from the expansion of their user base.

And one way to get it done at large scale is by building drones or satellites than sticking to the wireless cellular networks that have relatively limited range. Satellites also have more flexibility and capacity.

But before those plans pull through, they will have to face first regulatory challenges such as collaborating with satellite operators to prevent overlapping interference among the satellites above once the project gets going. Then state regulators will also have to set guidelines on how these satellites are to be operated.

Google is looking into the possibility of leveraging antennas to monitor various satellites that will be floating in the orbit. Antennas that are controlled only by software systems are the ideal equipment for such an ambitious plan due to lower maintenance cost associated with it. Certainly, Google is going to use those kinds of antennas.