There were many rumors about Samsung coming with a higher resolution display for their Galaxy S5 but that was not the case when the phone was unveiled at Mobile World Congress. A lot of users were disappointed with the 1920 x 1080 resolution used on the 5.1 inch display of Galaxy S5 as it is the same resolution that Galaxy S4 came with last year.

Samsung went with a different strategy for their Galaxy S5 and instead of increasing the resolution they used OLED display which had more accurate colors and higher brightness.

DisplayMate said that Galaxy S5 has the best smartphone display they have tested so far and they are impressed with the level of details the screen offers. DisplayMate also said that Samsung has improved display brightness, color accuracy, viewing angles and power efficiency of the screen used on Galaxy S5 compared to both Note 3 and Galaxy S4. 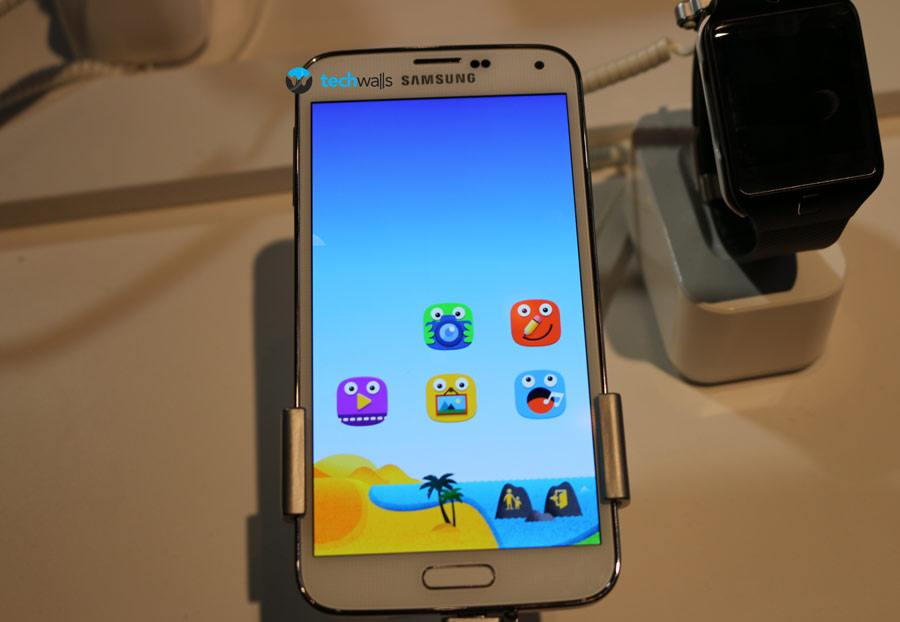 According to DisplayMate, cinema mode on Galaxy S5 shows one of the best qualities seen on a display with accurate colors. This is a huge improvement for Samsung as their AMOLED screens were always criticized for not being accurate enough in terms of display and viewing angles.

The display on the Galaxy S5 is 22% brighter than that of Galaxy S4 and 13% brighter than Note 3. The screen is energy efficient as well and consumes 27% less battery than Galaxy S4 with the help of which Samsung was able to provide such a good battery backup on their Galaxy S5.

The new Galaxy S5 promises a lot of other things, if not an improved resolution, as Samsung has improved everything on their Galaxy S5 except the resolution part. But according to the DisplayMate tests, even that won’t be a negative point. Galaxy S5 will start shipping on April 11.