Samsung has improved almost everything except the resolution on the screen with their Galaxy S5 as the smartphone has a 5.1-inch display now supporting a resolution of 1920 x 1080, the smartphone will come in two versions including the latest SOC from Qualcomm Snapdragon the 801 which will be clocked at 2.5 GHzand the Exynosocta-core SOC from Samsung which will be clocked at 2.1 GHz. The camera on the smartphone is also improved and now contains a 16MP camera with the ability to shoot 4k video, there are also some new features included to the camera like the fast focus speed which takes 0.3 seconds to focus and a new feature called “Selective Focus” which allows you to focus on a single object while blurring everything around it just like on a DSLR camera, the camera also has ISOCELL technology which will let you take better exposed pictures even in low lighting situations.

Samsung did say that they are going to change the design of their Galaxy S5 and they did as the back cover of the smartphone is changed and has a dotted pattern on it which Samsung calls as “Perforated Soft-Touch Back”. There is also a heart rate monitoring sensor installed at the back of the Samsung Galaxy S5 which works with the help of S-Health app and a finger scanner included on the home button. 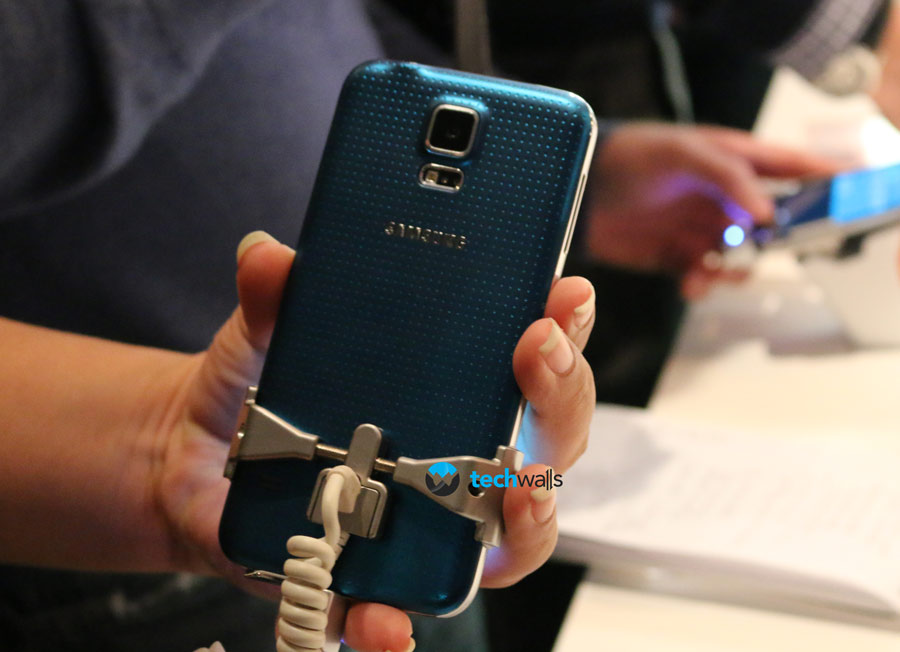 The Galaxy S5 has a 2800mAh battery now so we can expect longer battery life from the smartphone compared to the Galaxy S4. The Ultra Power Saving mode is also very helpful to maximize your battery. When you turn on this mode, the phone will turn black and white, turn off all unnecessary services, therefore your phone could last more 24 hours with just 10% of battery left.

Galaxy S5 will be running Android Kitkat 4.4.2 out of the box and will be available in the markets starting April with a price tag of $600.