Can you imagine the public outcry if Sir. Isaac Newton had used Twitter to publicize his theories on universal gravitation? Or the level of success William Shakespeare might have enjoyed in his lifetime with an aggressive Facebook marketing campaign?

Primarily a means of self-expression and self-promotion, social networking sites have significantly evolved the way people communicate. Such mediums have opened the door to global publishing opportunities, giving us new means to express ourselves, make recommendations, educate and build awareness. Social networking sites are a powerful support tool for raising your profile; however, still limit the ability to engage with an audience fully on a personal level. This is where blogging comes into its own. Free, unrestricted and relatively easy to set up, blogs provide a means of communication that is not limited by censorship, conditions or rules. But, which is best for maximizing your online profile?

Social networking sites are a hot bed of gossip/speculation centered on current affairs and events. Personally, I’ve found it can be quite difficult to steer people away from such topics, unless you can bring something to the table that challenges perceptions, ideas or accepted norms. Conversely, a blog can inspire conversational flow as the very people reading it share your interests. From interweaving and linking posts, to building up a credible archive of proof to support your campaign, product or ideas, your blog is a resource that can help an audience to formulate their own opinions! 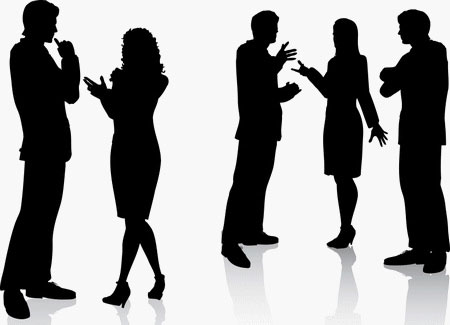 I tried promoting a few articles through Facebook only. And the only article that gained serious traffic was the one with the word “sexiest” in it. That works on Facebook perfectly. If you’re trying to promote a more serious content – blogging is the way to go.

Instant publicity was once the dream of entrepreneurial bloggers the world over, and in their inception, social networking platforms represented the ideal way of establishing immediate authority. Nearly fifteen years on, they’re still a fundamental tool for expanding your online profile, yet the competition is such that bloggers can no longer rely solely on social networking for exposure.

In Guest Blogging: The Importance of Being Versatile, Web Vitality list audience nationality, topic interest and reader’s level of knowledge as three things to consider when looking for guest posting opportunities. These also happen to be elements of blogging that allow publishers greater control compared to social networking platforms. Guest blogging campaigns are a proven means of generating gradual publicity, and with persistence, can drive significantly more traffic to your site than social networking alone.

According to Nielsen’s ‘World’s Most Popular Brands Online’ report for 2010, Facebook users spend an average of six minutes perusing the site during each visit. When you consider that over 54% of the world’s population were using the site (as of 2010), it’s not difficult to understand the allure of social networking platforms for bloggers.

Unfortunately, Facebook isn’t the only social networking platform with far-reaching potential. Media Bistro’s ‘Infographic Report’ released in December 2011 revealed that Twitter now boasts in excess of 100 million active users, closely followed by professional networking site LinkedIn with 64 million. Even without factoring in specialist social networking/sharing sites such as StumbleUpon, Reddit and Technorati, maintaining profiles on the big three is a time consuming commitment. ProBlogger Darren Rowse’s outlook is perhaps the best example of a balanced attitude toward social networking: “I see them as a secondary and supportive strategy to support my primary activities – those being my blogs!”

Target traffic generally refers to visitors driven to your site/blog via inbound links or guest blogging, whereas general traffic is more likely to come from social networking sites and search engines. As a rule, most bloggers focus their efforts on gaining targeted traffic from similar blogs to their own. Having read a guest post, readers who click through are generally compelled to do so by the allure of interesting content. Facebook and Twitter fans may not feel as inclined to follow through, unless your update has an intriguing title or rewards them in some way. Since general traffic can be scant at the best of times, it pays to focus your efforts on increasing targeted traffic opportunities through initiatives such as guest blogging and link exchange.

Social networking platforms have evolved considerably since the advent of Facebook, and while the likes of Pinterest and StumbleUpon have further enhanced the ways we can express ourselves, they’ll never compare to the creative freedom, interest and exposure realized by running a blog.