Xiaomi might not have a successful year in terms of sales number but this is really a special year when they’ve released 3 flagship smartphones, including the Xiaomi Mi 5, Mi 5S and Mi 5S Plus. The Mi 5 is the cheapest option at the moment, let’s check it out.

The Xiaomi Mi 5 obviously borrows the design from other phone manufacturers. The Mi 5 looks like the hybrid of an Apple iPhone and Samsung Galaxy phone. You can see the familiar chamfered edges and curved glass rear panel. 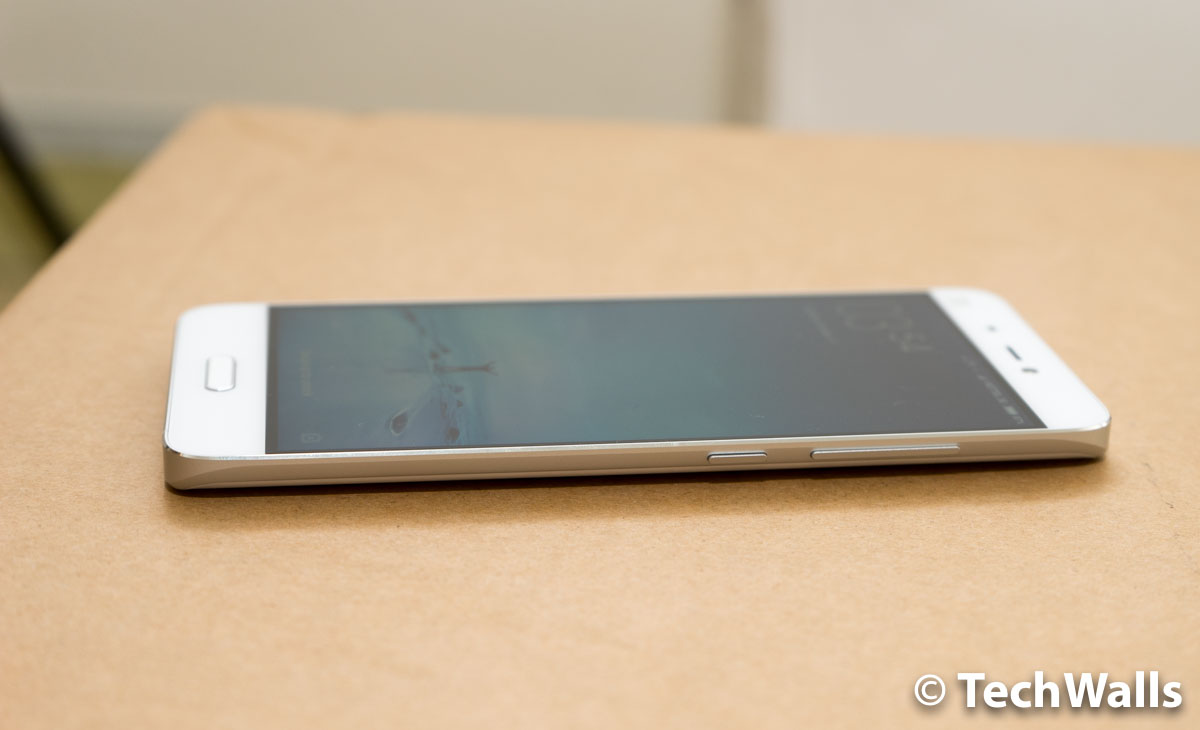 The Mi 5 doesn’t have a curved screen but it still looks very attractive with the edge-to-edge display. The bezels are super thin and sometimes you will feel like holding an edgeless smartphone. The Mi 5 is a little smaller than the Galaxy S7 Edge but the size is a lot more manageable, I can easily use the phone with 1 hand. 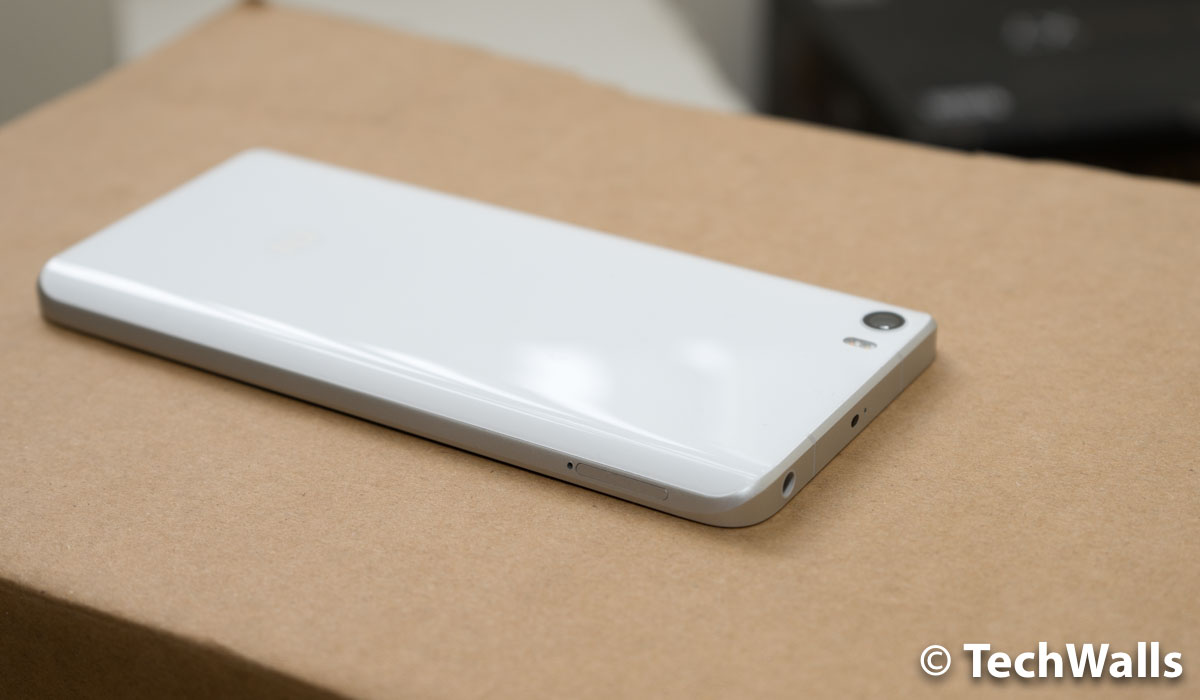 On the bottom of the phone, you can find the USB-C port and speaker holes. I appreciate that Xiaomi uses the new port because it is the trend of all Android devices in upcoming years. 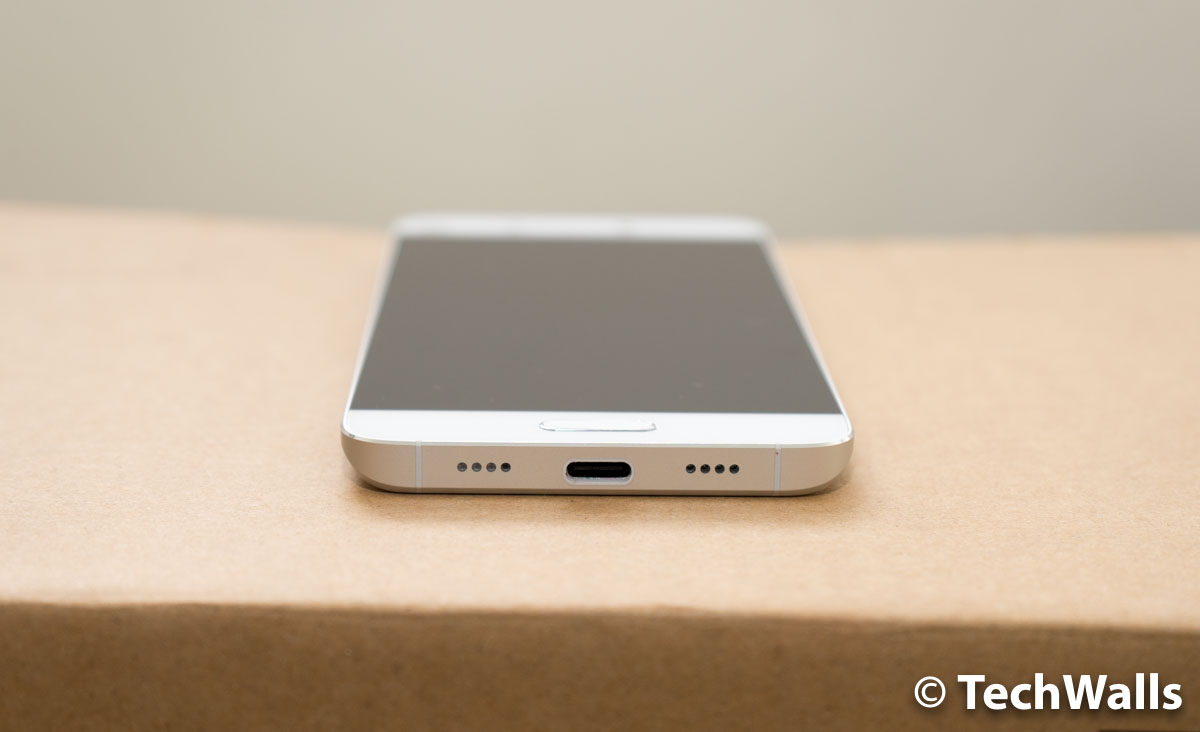 There is a SIM card tray on left side, notably, you can insert 2 nano sim card and use 2 networks at the same time. All buttons are placed on the right side, including the volume rocker and power button. And of course, the 3.5mm audio jack is still there on top of the phone. 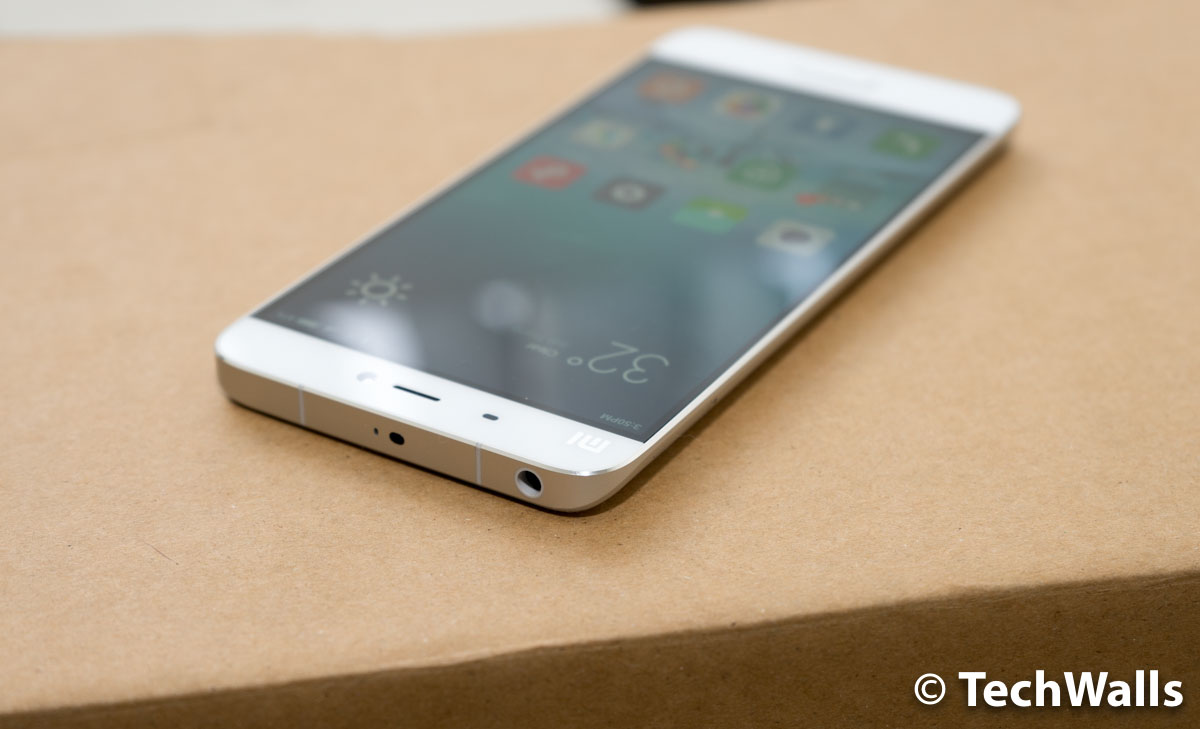 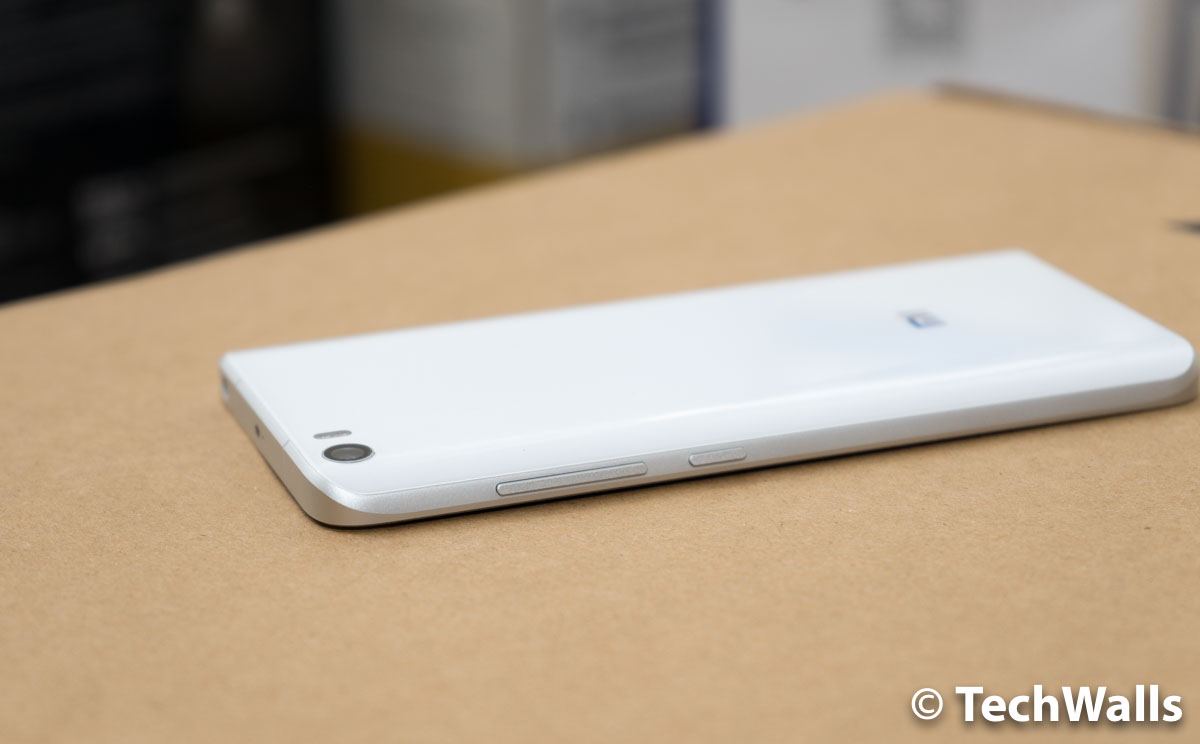 This is the first time I use MIUI and I expected a lot from it after hearing some positive feedback. This is actually a very clean UI and I love that there is no app drawer, everything can be accessed easily from the home screen. 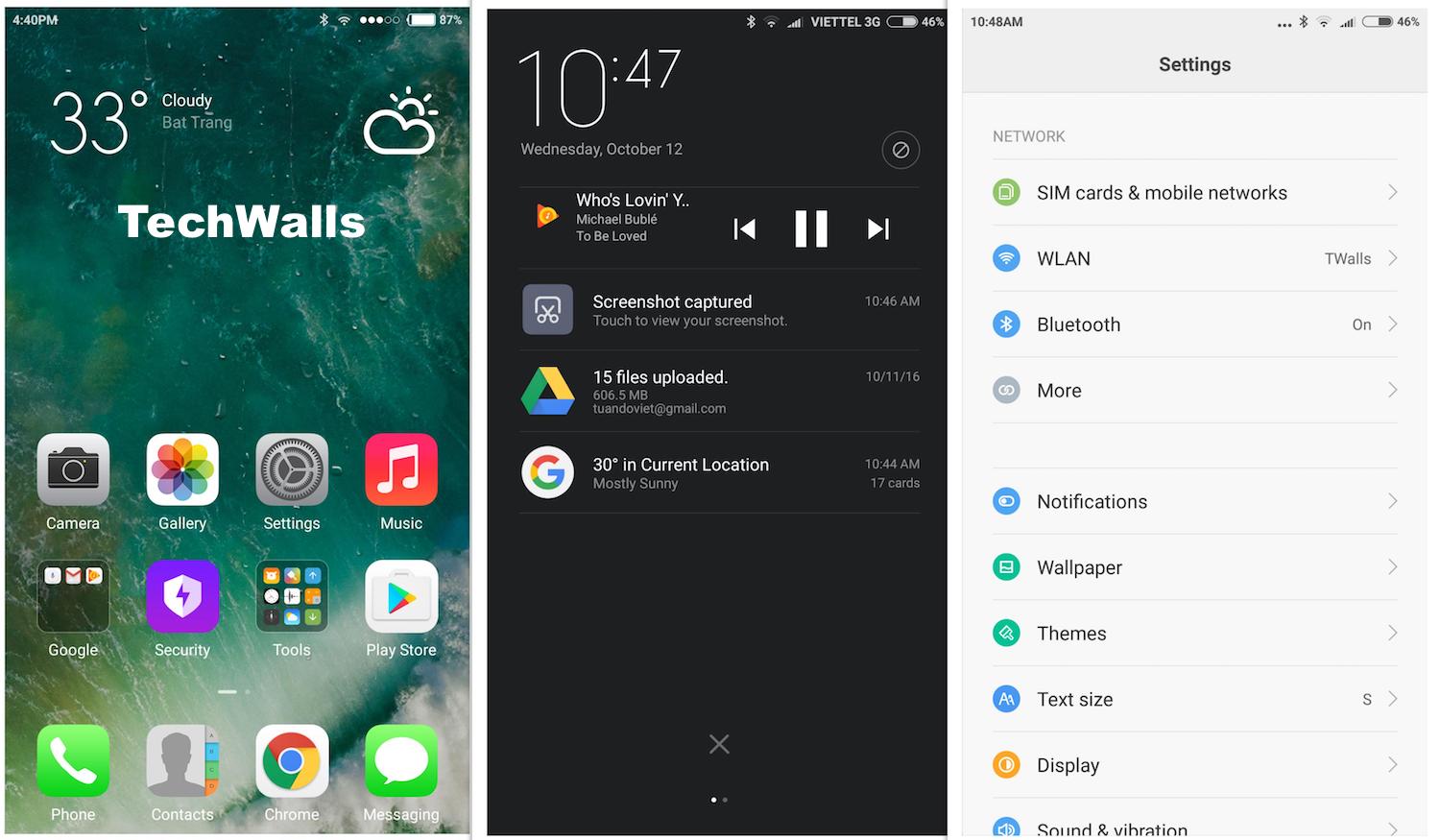 Unfortunately, I didn’t have the best experience with the UI. Firstly, it seems like my device has an unofficial ROM and I can’t update to the newest MIUI 8 which was released globally a few years ago. I would need to follow some complicated steps to flash the official ROM on my device.

The Do Not Disturb mode didn’t work well when I set it up. The phone didn’t wake up in the morning and somehow it fixed itself after some resets. Another issue I had is that the display is stuck in portrait mode and again, I had to restart the phone to fix it.

Lastly, I tried to retrieve photos and videos on the phone by connecting it to my MacBook and using the Android File Transfer app. Unfortunately, I keep getting an error saying that I can’t access the device storage while dragging those files to my MacBook. I don’t have this problem on my Samsung Galaxy S7 Edge.

I’m impressed the most with the fingerprint sensor, it is almost twice as fast as on my previous Android devices. I just need to keep my finger a little longer after pressing the Home button to unlock the phone. The whole process takes way less than 1 second.

Another advantage is the performance. The phone is equipped with the Snapdragon 820 processor and 3GB of RAM, therefore, it runs very smoothly like any other Android flagship released this year. The Antutu benchmark also shows a very high score of 129,392 which is on the same level as the Galaxy S7 Edge. This is quite amazing because the Mi 5 costs just half the price of the Samsung phone.

The Mi 5 features a 5.15-inch IPS LCD display. The size of the screen is big enough while it doesn’t make the whole device bulky. The screen is very bright and clear even on a sunny day. However, it can’t be compared with the AMOLED display on Samsung phones. The screen obviously is not as vibrant and seems to have lower contrast. 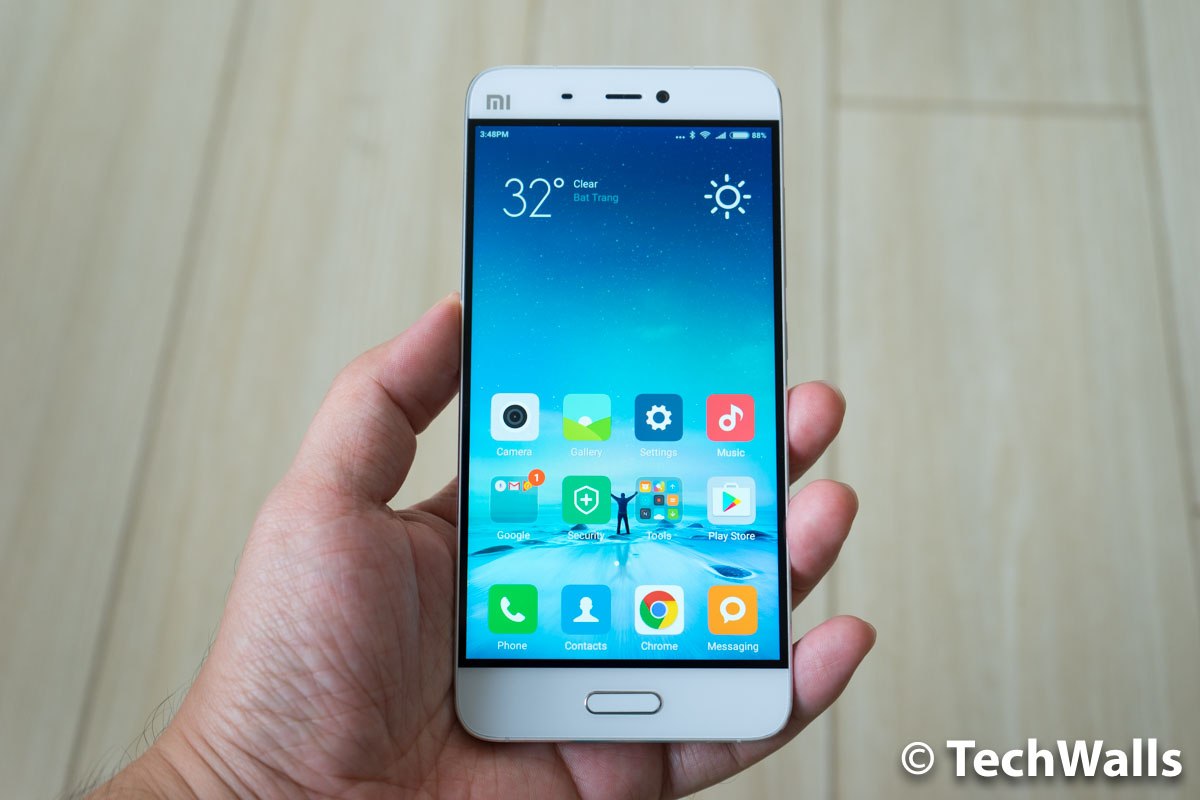 I compared the WiFi signal reception between the Xiaomi and Samsung phone and didn’t see a significant difference between the two. Both managed to deliver high-speed Internet throughout my house. However, when I tested the cellular network, the reception on Mi 5 is a little weaker and my phone calls actually got interrupted occasionally when I was in coverage blackspots. 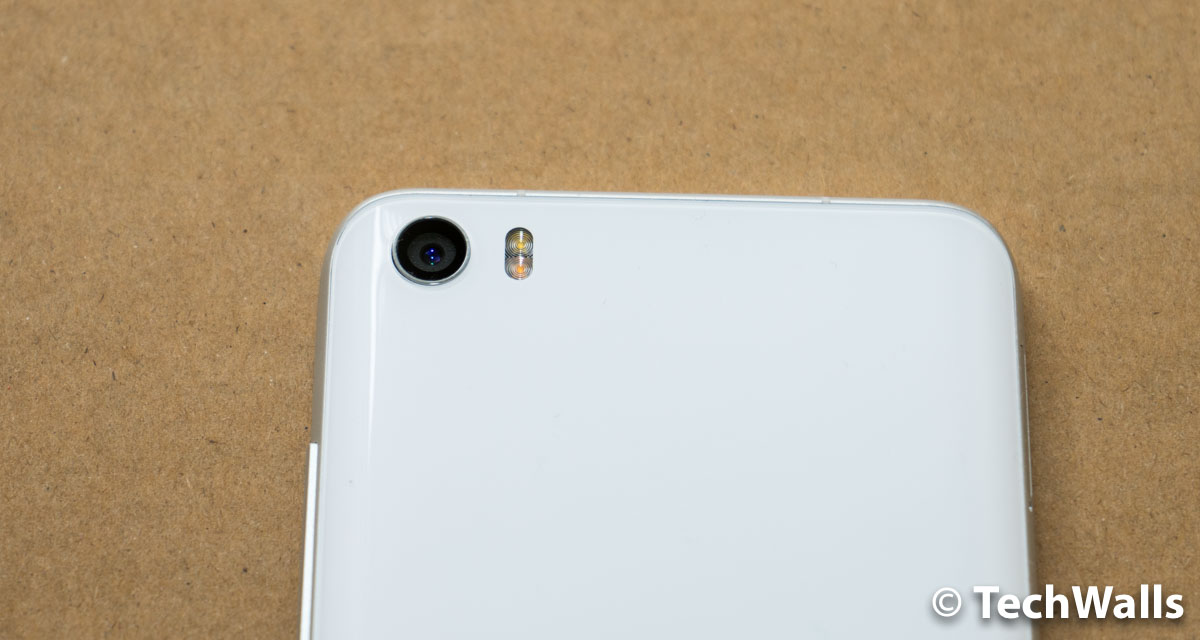 The camera app has a lot of issues. The video recording quality comes back to HD each time I close the camera app. This is so annoying because I want to record 4K videos only. Besides, sometimes the screen won’t switch between the portrait mode and landscape mode. I end up with a lot of vertical photos and had to rotate them manually.

Another problem is the bad autofocus. I had to delete a lot of my photos because the camera sensor didn’t focus correctly. The photos became blurry and unusable. Besides, the focusing speed is so slow. Fortunately, the image quality is not that bad, especially under good lighting conditions. Check out some sample images.

The Mi 5 is powered by a 3,000 mAh battery. The battery supports Quick Charge 3.0, therefore, I can charge the phone up to 83% in just half an hour. This is quite amazing if you know that it takes hours to fully charge an iPhone.

The battery life lives up to the expectation. It could easily live through 24 hours for my average usage including checking email, Facebook and watching Youtube.

Overall, the Xiaomi Mi 5 is a decent choice for Android users who can’t afford expensive Samsung or Sony smartphones. It makes flagship smartphones more accessible without compromising the performance.