BlackBerry might be facing a decisive moment, its final chance, to save the ailing business later this year as the company plans to introduce two new handsets that will run the Android mobile operating system instead of its own proprietary BB10.

The new devices will fall under the mid-range category, which could mean BlackBerry intends for the new flagship devices to see if it could win a bigger market chunk after the failure of BlackBerry Priv to impress on mobile users, despite its nifty features and sleek design. 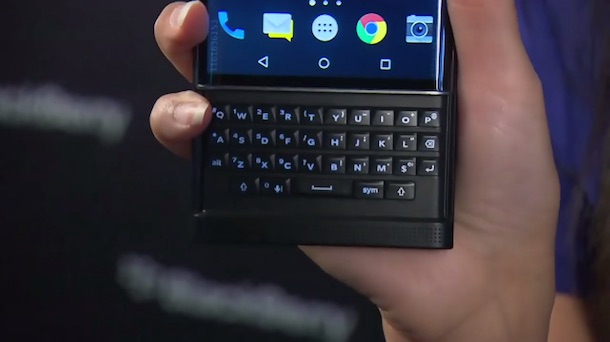 No further details are available at the moment regarding the release of two new Android devices from BlackBerry, but CEO John Chen revealed that an Android device with a physical QWERTY keyboard will come out earlier than the second, which will be entirely a touch-screen handset. It was unclear which model will be released on what date.

Many tech pundits believe the launch of two new Android devices will spell the fate of BlackBerry, once the leader in the smartphone market. That is particularly so because BB10 seems to have lost its luster among the developer community that have already withdrawn support for the mobile operating system.

Even the large Internet firms such as social networking titan Facebook has terminated support for BB10, meaning that its app on the BlackBerry ecosystem will no longer receive updates and software fixes. The demise of BB10 might have been caused by BlackBerry’s shift of focus to the software side of its business. It is a fact already made clear by Chen when he said earlier that he would consider ditching the mobile side of the business if it proves unprofitable in a year. It proved to be so.

But what might have brought about the BlackBerry Priv to its lackluster ending? It’s the price tag. Chen admits many of BlackBerry’s customers lamented over the hefty cost of owning a Priv handset: $700. Surely the company saw it coming, as it targeted the high-end market with Priv. But that particular area is already the turf of Apple, currently the leader in high-end smartphones.

But is it possible that the future Android handsets BlackBerry plans to release will save the company’s mobile business in the end? There are a couple of roadblocks along the way. One is that the smartphone market appears to be slowing in growth pace. That’s mainly because of the lack of innovative features coming nowadays from smartphones.

Then there’s the tight competition in the mid-range arena, which should make BlackBerry think twice about releasing another mid-range handsets that do not have differentiating features.