The 5th generation of iPhone is always a hot topic on forums and technology sites around the world. They are speculating about the name, release date and its changes over previous versions.

Each time Apple preparing for the launch of a new iPhone, the name of the device is always a difficult thing to predict. That is what happened with the iPhone, iPhone 3G, iPhone 3GS or iPhone 4. The two names iPhone 4S and iPhone 5 is emerging as the possible name for the 5th generation of iPhone. iPhone 4S could be an upgraded version of the current iPhone 4 while the iPhone 5 would bring more new features.

June was the month that Apple often introduced the new iPhone but it has passed away now. The rumors about the release date of iPhone 5 continue bursting. Some sources insisted that Apple will release iPhone 5 this September. A few days ago, DigiTimes also cite a source saying that Apple has ordered manufacturers to produce 15 million iPhones.

People are expecting what Apple will bring to us in the Phone 4S/5. Apple has definitely considered its smartphone competitors such as Droid Bionic, HTC Sensation or Samsung Galaxy S II to make sure that iPhone 4S/5 could compete fairly with them. 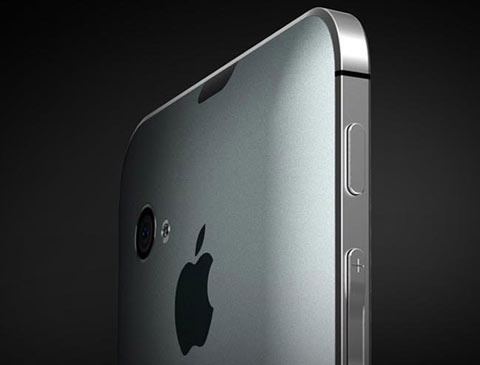 Most of the rumors said that the device would be significantly enhanced in design with edge-to-edge screen, slimmer body and lighter than the iPhone 4. Some other analysts predict the return of curved design like the iPhone 3G. Camera on iPhone 5 will be upgraded to 8 megapixels with dual LED flash and work well in low light environment. Also, the phone also supports new technologies such as NFC or LTE.

A lot of recent rumors stated that there will be many carriers providing iPhone 5 in the U.S. They could include AT&T, Verizon, Sprint and T-Mobile.