Twitter Music site is getting ready for its launch as a new website has appeared over the internet at  music.twitter.com with a #music hashtag image and a sign in button.

This new web page further verifies that Twitter is indeed planning to launch its own music service following the acquisition of We are Hunted few months ago.

There was nothing else on the website except for the hashtag and sign in button and by clicking in the button; it will take to an authorization request for an app named Trending Music Web. This is the same app which Stephen Phillips was using to tweet songs on Twitter. Stephen Phillips is the founder of We are Hunted, the music service that Twitter acquired. 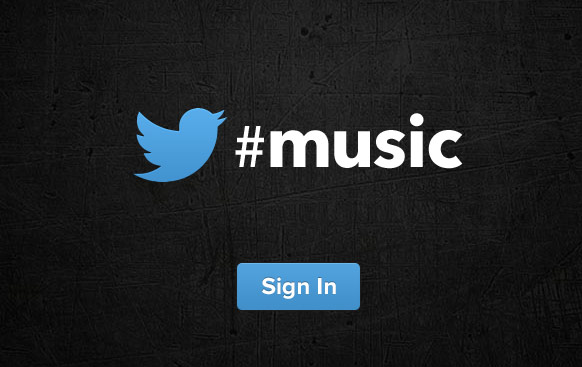 The tweets from the music app also includes music tracks for popular music sharing sites SoundCloud and Rdio that also indicate that these two will also be a part of Twitter Music.

Many people have been saying different things about this new project from Twitter and many believe that Twitter is working on a strategy that is totally different from other companies in the social world. For instance, Facebook is focusing on Mobile platform where they recently revealed Facebook Home, an API integrated into Android to make your phone more Facebook friendly. Whereas Twitter is focusing on providing different services and expanding its area over the social media.

It is still not clear if this Trending Music Web is exactly what it looks like but it really shows that Twitter is progressing towards making the final move of introducing its own Music Service.

The #music website is still under construction since the sign in button is not working properly but looking at the website URL, it is obvious that the Twitter Music site is on its way to be launched sooner than later.

The exact date of the Twitter Music Site launch is still unknown but resources have said that it could launch anytime during Coachella music festival that is going to be held this weekend. We will update you on any progress about this as soon as we get our hands on it. Till then, leave us comments down below to share your views about the Twitter Music.