In light of recent huge and much celebrated debuts of Android phones, one particular observation that’s worth highlighting is the evolving and unconventional key specs that could all the more catapult these gadgets to the front line in clashing headlong with Apple’s iPhone legacies and future products, if any.

In mid February this year, we’ve seen how the Android-based HTC One emerged with promising marketability and decent interface for users. HTC upped the new flagship with innovative features – including HTC BlinkFeed, HTC Zoe and HTC BoomSound – to prove it doesn’t deserve to be branded as an underdog to Samsung and Apple. 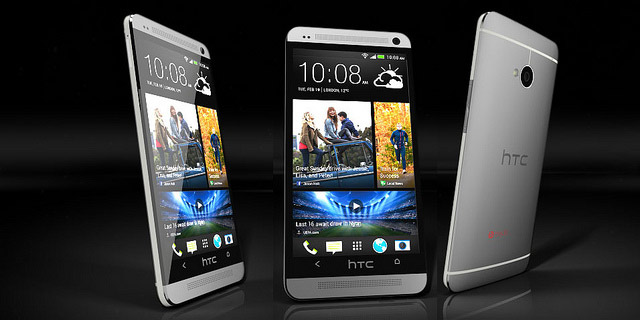 The rise of new Android smartphones has provided valid insights into what trend the future products – be it from Samsung, HTC or LG – are likely to follow. In 2013, what will Google and OEMs offer to surprise us more?

As Apple stretched the screen size of iPhone 5 to four inches in contrast to the 3.5-inch legacies, so did HTC and Samsung, though on a larger scale. More and more, Android-based phones have begun sprouting with larger screens, just take a look at the 4.7-inch HTC One and 5-inch Samsung Galaxy S4, which is slightly bigger than its 4.8-inch predecessor. This year, such a trend is expected to continue. No, it would soar higher. Android looks all set to bombard the cluttered smartphone market with mammoth-sized displays. Fresh rumors had it that Samsung’s next flagship is the 5.9-inch Galaxy Note III, though that can fall under the phablet category. Nonetheless, the line between a smartphone and phablet remains essentially blurry this time. Other smartphone makers are also expected to follow suit.

The days of dual-core processors seem numbered, thanks to the fast emerging quad-core and the upcoming octa-core CPUs. There is nothing particularly dispensable in this transition, given how it can make our mobile lifestyle more productive and efficient. That is so because building a device with these CPUs means a lot to enhancing our multi-tasking experience and sprucing up the overall performance of mobile phones. With a quad-core processor, you can perform your routines while watching a movie in a small window. Perhaps, this underscores even more the essence of larger screens.

As durability goes, nothing beats the Gorilla Glass display, which we saw particularly fitting to Motorola’s RAZR flagship launched in late 2011. The technology protects a device’s screen from breaking when dropped, accidentally or otherwise. Expect for more indestructible models this year. Sony’s already released its Xperia Z, a waterproof handset that can survive untoward circumstances due to changing weather condition or out of plain human recklessness.

The onus is on other OEMs to break the old cocoon and leave behind the hype over minor updates to their products, and show us much sterner stuff.