A little more than five months since Samsung released Nexus 10, the Korean tech firm has been rumored to be partnering with Google again for two “high-end” tablets that resemble the second-in-line Nexus in terms of some specifications, including the Android 4.2 operating system.

We have seen the Nexus 10 sporting a 10.1-inch and 2560×1600 pixel display, the highest resolution tablet display in 2012. It also shows off a 16/32 GB internal storage, 2GB RAM, dual-core A15 CPU, 9000 mAh Lithium polymer battery, and a Corning Gorilla glass that protects from scratch and sharp objects. 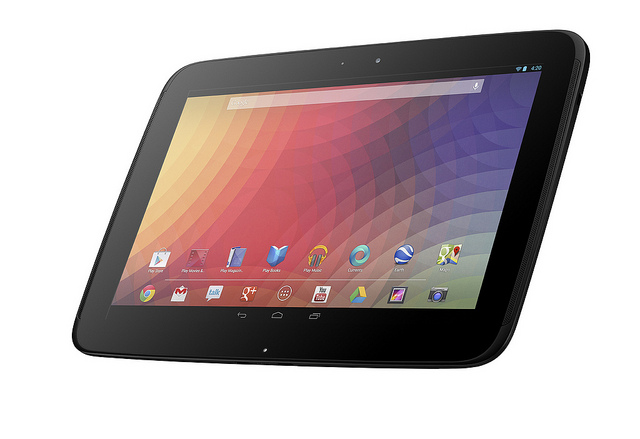 Prior to that, Samsung took the wraps off the Galaxy Note 8.0 and Galaxy Note 10.1, two other members of the company’s line of tablet products.

As if that was not enough, Samsung appears to be a meaty subject of fresh rumors circulating around the Web in connection with another tablet codenamed “Roma.” Sources familiar with the development of the product told a Greek tech site that Samsung is working on Galaxy Tab 3 10.1 and Tab 3 8.0, whose specs are not far from the ones seen on Nexus 10. But before you take a glimpse into the key specs of the rumored tablets, note that the tech site that reported about the leaked information has a shady record of credibility. For the benefit of the doubt, you can take the following list with a grain of salt.

Comparing the two set of specs with that of the Nexus 10, a slim difference is noticeable such as the dimensions, weight, display resolution, quality of rear and front cameras and the processors.

More interestingly, when the several tech sites ran this story, many netizens scoffed at the device, if at all Samsung intends to release such a minimalist tablet that does not make for a high-end gadget. Initial reactions over the Internet do not bode well for the future of Roma.