As the number of rumors pile up for the upcoming Samsung Galaxy S5, there has been one out recently saying that the smartphone will have an eye scanner.

A survey was collected in which a lot of users also showed their interest towards unlocking their phone by scanning their eyes. If Samsung did include an eye scanner on their Galaxy S5 it will be something new aside from the fingerprint scanner found on the Apple iPhone 5s.

That is not all the Smartphone is also rumored to have a 5.25 inch HD display capable of supporting a 2k resolution and that won’t be a problems as Samsung already confirmed that their new Samsung will have the new Eyxnos 6 octa-core chip having a 64-bit architecture and 4 Gb DDR4 RAM, so running a big display with such high resolution would be no sweat for the Galaxy S5. 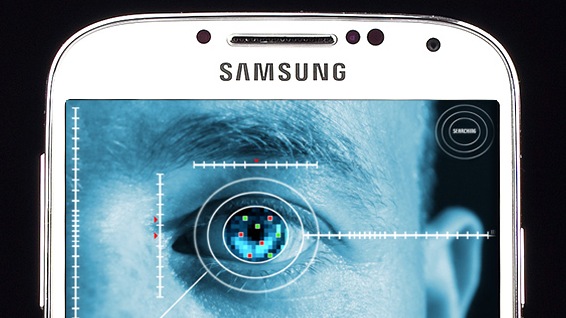 The smartphone is also rumored to have a 16 megapixel camera supporting low light shooting with ISOCELLL technology. It is also rumored to have a 4000mAh battery that combined with the 4GB DDR4 RAM that consumes 40 percent less power than DDR3 RAM will have a great effect on the battery life of Galaxy S5 keeping in mind that low battery life in smartphones nowadays is of big concern. As far as the body of Galaxy S5 is concerned, it is rumored to have a metal body with a curved display similar to the one we saw on the recently released LG Flex.

The Handset will have Android kitkat 4.4 working out of the box. We know just by looking at all these rumored specs you must be pretty excited for the new Galaxy S5 because we are too, as Galaxy smartphones from Samsung are famous and everyone wants one. If all these rumors were true and Samsung’s new Galaxy S5 was all that the rumors says it would be then there is no doubt that the smartphone will make it to the top of the list in 2014. It is expected that Samsung might reveal the smartphone in February 2014.