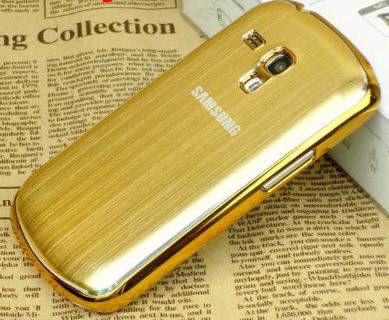 Metal chassis does not mean an end to the plastic generation. We have already seen about the problems a metal chassis can create for the device. Remember the “Death Grip” on iPhone 4? It was caused due to the metal chassis which blocked the signals and antenna reception.

Word on the internet is that Samsung is still testing the concept like whether to use removable batteries or expandable storage with the new metal chassis. It is also said that if the testing goes successfully, Samsung might shift to metal chassis for its high end devices and use plastic for the rest of the devices.

Using metal can also increase production cost by a slight margin. Increase in the price of material as well as the machinery to cut and shape it to the required size should also be considered since it will reflect on the actual price tag of the device.

It is still very early to talk more about the Samsung Galaxy S5. We have also heard that Galaxy S5 will have a 16MP camera but let’s not jump to conclusions here. The new Galaxy device would at least a year far from now and these are just preliminary assumptions that we have gathered from the internet and the Samsung activity over the past few days.