Samsung has just launched the new ultra-sleek and fast Galaxy S3 phone in London on Thursday. The release has ended all speculations and rumors around this smartphone over the last few months.

The Samsung Galaxy SIII comes with a Super AMOLED 4.8 inch screen, which is just like the screen of Samsung Galaxy Note but with a smaller size. The screen still looks amazing with the resolution of 720 x 1,280 pixels. It is powered by the quad-core Exynos processor running at 1.4GHz and backed up by 1GB of RAM. Some other notable features include the 8-megapixel rear camera with 1080p HD video capture, 1.9-megapixel front camera, 16 or 32GB internal storage which is expandable to 64GB via microSD, NFC and Android 4.0 Ice Cream Sandwich with latest Touchwiz. 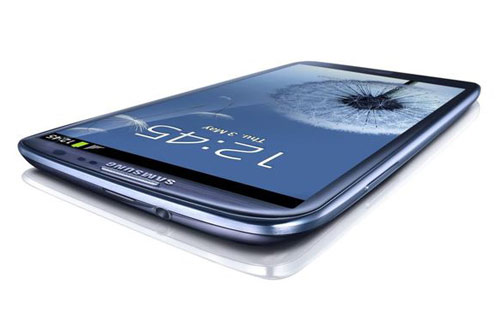 Beside the awesome tech specs, the S3 has some significant improvements to make better experience for users. For example, the Smart Alert to notify missed calls by vibrating and flashing LED when you pick up later, the S Beam for easy sharing photos, videos over NFC, Direct Call to make a call automatically when you move up the phone to your ear.

They all sounds impressive, right? But how does the Galaxy S3 compare to its competitor, the iPhone 4S? Let’s take a look at the comparison below.