Huawei is a Chinese company which got famous in Chinese online market when they came up with their Huawei Honor and Ascend smartphones for selected markets and started getting recognized. They just came out with a smartphone that will turn the tables against Moto G, the budget smartphone that Google and Motorola just released.

They just came up with two new smartphones the Huawei Honor 3X and the 3C, 3X was impressive as it will be supporting the new Octa cores but what really caught our eyes was the Honor 3C that is a quad-core smartphone with a price tag of $130. The C in the title probably stands for being cheap, according to its price tag and the hardware it has its really cheap and affordable. 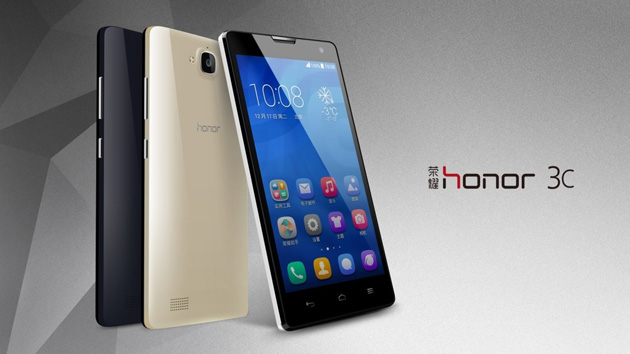 In terms of hardware the smartphone is equipped with a 5-inch 720 HD display, a quad core processor MT6582 SoC running at 1.37 GHz, 8-megapixel camera made by Sony with an aperture of f/2.0, 8 GB of internal storage with a micro-SD slot, dual Sim slot and to run it all a fairly sized battery at 2300mAh capacity. We didn’t mention anything about the RAM as the Honor 3c will come in two version 1 GB and 2 GB and will be running Android 4.2 out of the box. The 1 GB version will be priced at $130 and the 2 GB version will be priced at $160. The smartphone even has two microphones one for noise cancellation and one for receiving.

In the long run we are not sure if the smartphone will make an impact on the market because Huawei just announced it and are available for pre orders only while Motorola captures the market with their Moto G which is not as cheap as the Huawei Honor 3C but is fairly priced as well. There are also some reports about the Moto G for being not as fast and being laggy and the camera not being of good quality but we guess that is what you get for a budget smartphone with the latest hardware, but there shouldn’t be any problems with Huawei Honor 3C as the camera is made by Sony and it has 2 GB of RAM.