After Motorola announced their new Moto G smartphone which is the world’s cheapest smartphone, we are sure a lot of you guys couldn’t wait to get their hands on one. Motorola just announced that they will be selling their new MOTO G ahead of schedule and will be hitting US a month before the actual release date.

Till now the actual release date for the Moto G was January, but Motorola started selling them on their website unexpectedly starting Tuesday and will be shipping them to US in December. If you are concerned with the price of the smartphone it’s still the same that is $179 for 8 GB and $199 GB for 32 GB version. The downside to the smartphone is that it does not have a micro SD slot, that might be a concern for some users, but Google is allowing you 50 GB of Google drive space for 2 years. 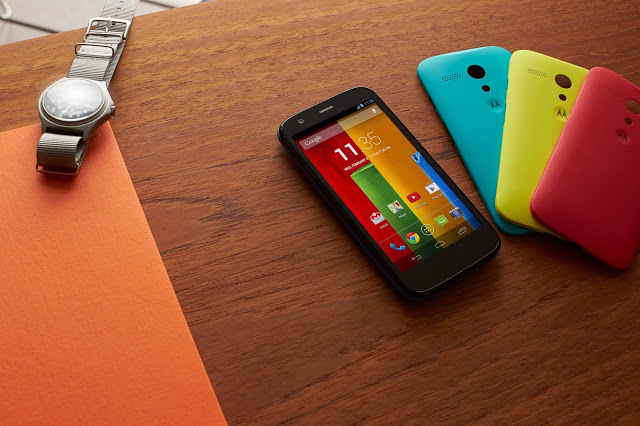 There are some exceptions though with the price point. The smartphone does not support LTE and is equipped with a 1.2 GHz snapdragon 400 processor with 1 GB of RAM, which might not be the latest hardware, but customers shouldn’t have concerns about that regarding the price that they are paying for it. Moto G that are going to be shipped in December will come with android 4.3 and will be updated to 4.4 in future.

For now only GSM version Moto G will be shipped in USA that will be unlocked and can be operated on almost all the carriers out there, whereas the CDMA versions will come later on in January. If you want to order one, better hurry then because Motorola said that the smartphone will be shipped on December 2 and with the amount of orders already made on Motorola’s website some smartphone will reach US till December 9th, so better hurry if you are planning to buy one.

We are not sure why Motorola is releasing Moto G before their flagship phone the Moto X because that might affect the sales of Moto X.