Not long time ago, we took a look at some iPhone 5 clones in China and honestly they look pretty awesome. However, those are not the best clones and never can beat the authentic iPhone 5. Today we will take a look at a new smartphone from Meizu, a Chinese phone manufacturer.

Following the success of the Meizu MX and MX4, the new Meizu MX2 has been officially announced at the end of November 2012 and many consumers are expecting to get hands on the new device. The design of MX2 is iPhone and Samsung look alike but it has some differences, so we can’t say it is totally a clone. It has a sleek and classy appearance that we can’t resist.

Moreover, it is also very attractive in the tech specs. Meizu MX2 is equipped with a 4.4-inch touch screen with the resolution of 1280 x 800 pixels (347 ppi), an 1.6GHz MX5S quad-core processor, 2GB of RAM with 16, 32 or 64GB of internal storage options. It also features an 8MP back-illuminated rear camera supporting 1080p video recording and front-facing camera supporting 720p video recording. The battery capacity of 1800 mAh promises to help us use the phone for all day. Most notably, it will run on Flyme 2.0, the latest Meizu Android Jelly Bean-based operating system. Don’t worry as we still can access to Google Play Store and other services by Google.

According to the company, Meizu MX2 will be available in the Chinese market in mid-December with the price starting at $399. Particularly, it will be priced at $399, $479 and $639 for 16GB, 32GB and 64GB of built-in storage respectively. Consumers will have the choice of two colors, black and white. 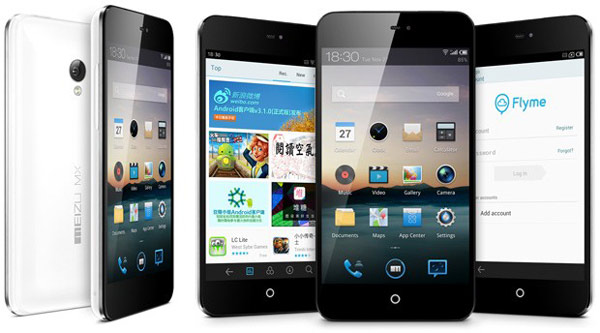 For all those features and pricing, we can’t call Meizu MX2 another cheaply-made iPhone 5 clone. However, is it big enough to beat iPhone and Samsung in the Chinese market? What happen if the MX2 is released in the America? Let me know your view.