So the South Korean company finally announced the long awaited LG G Pro 2 on Wednesday. The changes on the LG G Pro 2 compared to its predecessor are a big 5.9-inch screen, 4G connectivity, better and large speakers, Android Kitkat and a new software feature called Knock Code that lets you unlock your phone by a pattern of taps on its screen.

LG felt safe to spill everything about their new LG G Pro 2 even though the launch is a few days ahead on MWC. The phone upon its launch will only be sold in Korea for now as for other markets, the details and the price of the phone have not been mentioned yet. It’s hard for a new smartphone to make an impact into the market but LG thinks it wouldn’t be that hard for them with their Knock feature. It’s not the first time we have seen this feature on a smartphone as there are a lot of apps similar to the knock app on LG for iPhone. The knock feature on LG adds some more functionality to it because the user can knock anywhere on the screen whether its turn off or on, you can even add a knock pattern to the phone which can vary from 2 knocks to 8 knocks. 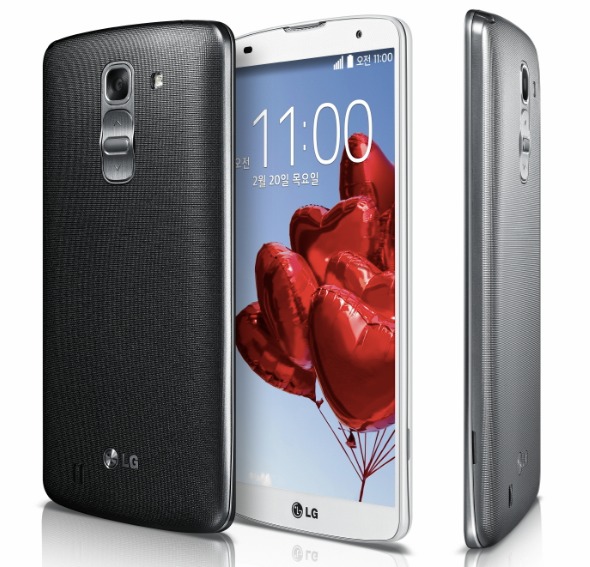 There are also some other features which includes 120 Frames per second HD video recording or 4k video recording, the browser can also be split into two for side by side viewing and the screen can also be shrunken to a level that can be easily controlled by one hand.

In terms of hardware the LG G Pro 2 will have a 5.9-inch display supporting a resolution of 1920 x 1080, a Qualcomm Snapdragon processor clocked at 2.26 GHz, Andreno 330 GPU, 3GB of RAM, 16/32GB storage, 13Mp back shooter while a 2MP camera on the front and a 32000mAh battery. The phone promises some amazing features in terms of software and hardware and will probably be competing against Samsung Galaxy Note 3 and some of the other phablets out there.