But, there’s something different about the device. Instead of being dubbed as Lenovo Vibe Z2, it is name Lenovo K920. Even though the Lenovo Vibe Z was also codenamed K910 but due to some unforeseen reason, Lenovo isn’t going with the same naming convention for its latest device.

Lenovo K920 features a huge display that stretches to 6 inches with a QHD display of 2560 x 1440 resolution. Even though the 6-inch display sizes should make the device very large but the thin bezels present on the sides of the screen makes it fairly compact and easy to carry. Besides that, the high resolution is a perfect fit for such a big display. 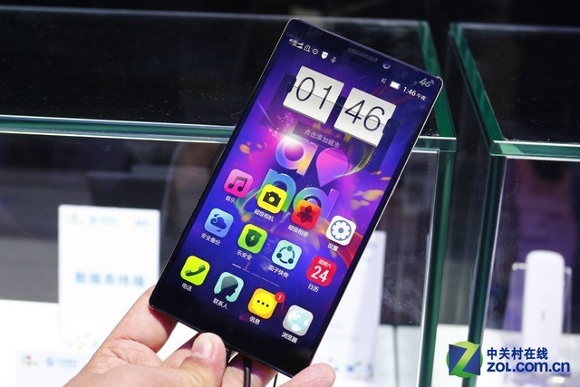 Inside, Lenovo K920 features a quad core Snapdragon 801 processor clocked at 2.5GHz, 3GB RAM, 32GB internal storage, 16MP camera at the back and 5MP camera at the front. The back camera is said to have optical image stabilization feature. Android 4.4 KitKat will be pre loaded in the device at the time of launch. The phone also supports LTE, NFS, dual-SIM functionality and Wi-Fi. It’s still not clear whether there will be an international version of the device or not.

There is nothing about the pricing and exact date of availability for the device. But, seeing the Lenovo K920 at the China Mobile’s booth probably suggests that the device will be launched first in China and then in other parts of the world.