This year Lenovo is also going to have a go at CES and MWC with their smartphones. They just confirmed Lenovo Vibe Z which is a phablet with a slim design.

It will be the first 4G LTE phablet from Lenovo and will have download speeds of up to 150Mbps. If that impressed you then wait till you find out what’s under the hood.

Lenovo Vibe Z will have a 5.5-inch HD display with a resolution of 1080 x 1920 having a pixel density of 400ppi. It will be running the latest QUALCOMM Snapdragon 800 processor clocked at 2.2GHz, 2 GB of RAM. Lenovo Vibe will have a front and a back camera, the front camera will be 5 megapixel while the back camera is 13 megapixel with an aperture of f/1.8 and auto focus. As we have seen on Galaxy S4 the 13 megapixel camera works quiet well and Lenovo Vibe Z having an aperture of f/1.8 will also help it take good pics even in low light as f/1.8 aperture allows a lot of light through it. It will also have 16 GB of storage space. The phablet will be running Jellybean 4.3 out of the box and will be priced around $549. 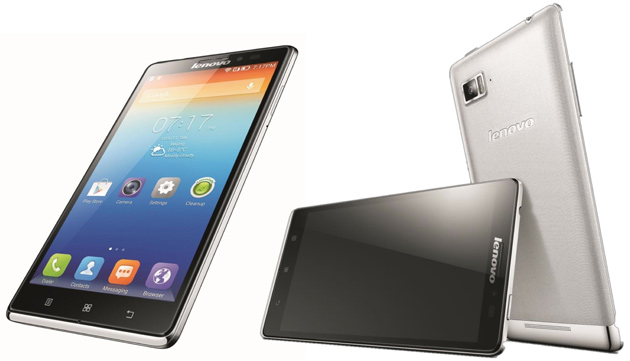 That is not it Lenovo is also going to come up with three more smartphones that are S930, S650 and A859. The S930 is a 6-inch quad-core phablet supporting a resolution of 720×1280 and also has dual sim slots, 1 GB of RAM, 8 GB of internal storage and two cameras where the back camera is 8MP and the front camera is 1.2MP. The S650 has the same specs as the S930 but with a smaller screen at 4.7-inch with a resolution of 540×960 except that everything is the same it looks like a smaller version of S930. The last one is the Lenovo A859 having the same specs again but with a different screen size of 5-inch with a resolution of 720×1280.

Lenovo has come up with great smartphones to compete in the international market as a first try and with the exception of Lenovo Vibe Z, the rest of the three smartphones are pretty affordable as well. The S930 will cost $319, the S650 will cost $229 and the A850 will cost $219.