Today, Apple announced a couple of additions to their product lines. We will tackle all that was announced in a series of two articles, one focusing on the star of the show, iPad along with iOS, and another focusing on Mac additions and various other tidbits from the event. The event as a whole was decent. It took Cook a while to get to the iPad Mini, and after showing a bit about a refresh of  iPad with Retina Display line, I had thought that I received the wrong memo about the iPad Mini being an announcement. However, Cook went perfectly to the announcement and here was what was announced with the new iPad, the iPad with Retina Display, plus a couple of iOS announcements.

The iPad Mini’s huge appeal is the size. The “incredibly thin and beautiful” iPad Mini is just .68 pounds in weight, 7.2 mm in thickness, which equals out to about  25% thinner than the previous version. The device’s front screen is very similar in construction to its larger counterpart. The side edges are a bit smaller however, making the screen make as much use of the device’s size as possible while not sacrificing resolution, which remain the same as the iPad 2 – 1024 x 768.

In terms of other specs, the iPad Mini has a 10 hour battery, includes the Lightning cord slot, a 5MP rear camera, an HD FaceTime frontal camera, an A5 chip and the WIFI+Cellular version has LTE support! Despite the smaller screen, developers do not have to worry about major changes with their software, all apps are kept the same for the consumer for free. 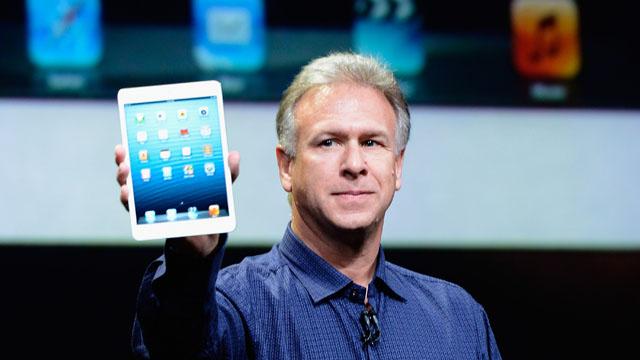 The iPad Mini and Others: Price Points

When on the subject of price, all of the mysteries were quelled. It is now confirmed that the iPad Mini’s starting price point (16GB WIFI only) will cost $329. Those looking for a WIFI+Cellular version will have to pay $459. The 32GB and 64GB are $100 and $200 more, respectively. As for the iPad with Retina Display, the price points are $499 for the 16GB with WIFI only and $629 for the 16GB with WIFI+Cellular. The 32GB and 64GB are $100 and $200 more for each category, respectively. The iPad 2 will cost $399 for the 16GB WIFI only, $529 for 16GB WIFI+Cellular, those are the only available models for the iPad 2. The latter two models of iPad are available in black and white, the iPad Mini is available in a matte black and white version.

The iPad with Retina Display: A Few Minor Updates

iBooks Author and the iBook Store

Lastly, iOS didn’t really steal the show by any stretch, Cook mentioning how many of the same iOS 6 features and apps are compatible and work well with the iPad Mini and iPad with Retina Display. Nothing new there, but there was an update to iBook Author. The publishing application now comes with new templates, all available free today. More font customization and options are also available.  The iBooks app for iOS also has a couple of new features of its own, including continuous scrolling (flick), tap to share a passage in a story to email, Facebook, and Twitter, plus Korean and Japanese support.