The Apple iPad Mini wasn’t the only thing announced at today’s event. The Mac product line received a couple of updates, including a new MacBook Pro 13 inch and a redesigned, and much thinner, Apple  iMac.

We will go a bit more into those in subsequent articles, however, today we will start everything off with our new tradition of the iPad Mini event in numbers. Below are the statistical findings that always seem to be announced at each event, all of course outlining Apple’s growth and improvements since the last event.

125 Million… documents available in the iCloud.

1.5 Million… Books downloaded in iBooks Store (out of the 400 books available).

10 hours… of battery life now available on the iPad Mini.

$329… is how much you’ll have to pay to get your hands on the cheapest iPad Mini edition. 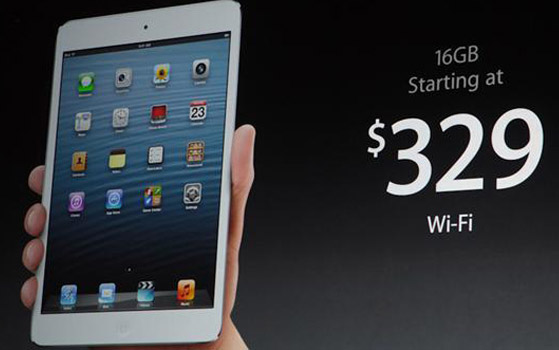