According to the recent rumors, we have heard about the existence of a bigger 6-inch version of the HTC One flagship called HTC One max. The HTC One Max has been spotted in Taiwan website, ePrice. The news was about three weeks ago and as the rumors say, it is supposed to run on Snapdragon 800 chipset. The new upcoming device will be hitting the market the coming September which is the same as the Galaxy Note 3.

The leaked photos for the new HTC One Max shows that it looks like the other family member, HTC One mini. It has dual speakers at the front. It has an aluminum body with a polycarbonate strip. These poly carbon strips run along the sides of the HTC One Max.

There have also been specifications leaked with the images of HTC One Max. According to the rumors, the HTC One Max will be featuring a 5.9″ 1080p display with 1920 x 1080 pixels resolution and a Snapdragon 800 chipset as mentioned above as well.

It will have a quad-core 2.3GHz Krait 400 processor with Adreno 330 graphics and 2GB of RAM. The rest of the other rumored specs include 4MP UltraPixel camera. The camera has OIS and a 16GB expandable storage. It is also rumored that the HTC One Max will have a 3300mAh battery and a 9.4mm profile. 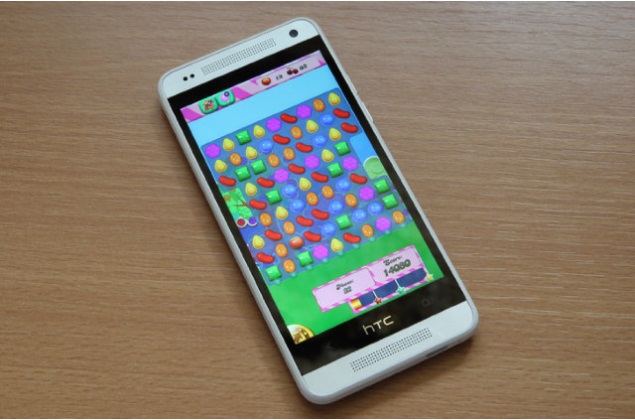 The HTC One Max should launch running on Android 4.3 Jelly Bean. The HTC One Max will be skinned with HTC Sense 5.5. According to the source of the leak, the HTC One Max is undergoing testing in China. The Chinese users will be getting three different versions for the China Mobile, China Telecom and China Unicorn. The purpose of launching three versions is to cater to the local Chinese market. HTC One Max TD-SCDMA is from China Mobile, HTC One Max CDMA is from China Telecom and the HTC One Max WCDMA from the China Unicom. Of course many might think that it is pointless to do something like this but keep this in mind that Chinese market is not like US or Canada, its much more larger than this and it cannot be covered by only one company at a time.

What do you think about the new HTC One Max? Leave us comments down below and share your views with us.