To be honest, this comes as a surprise to us because there hasn’t been any mini’s released by HTC ever. But what can you say, with the shifting trend in the world of consumer electronics, nothing is predictable.

Recent images that were leaked online shows HTC One mini alongside the actual HTC One. The pictures look original and we think that this move is initiated by HTC in light of Samsung Galaxy S4 mini which was just announced few days ago.

What HTC One mini has to offer

Many people might think of it like that HTC copied Samsung’s marketing strategy, dishing out a mini version of their flagship device. But it should be seen like a necessity for the market. HTC One was a complete success for the company (although its delay in production did cost HTC some fortune) but still it was a device worthy of applause. But the main thing here is that, not many people can actually afford the device if their carrier is not going to launch it. 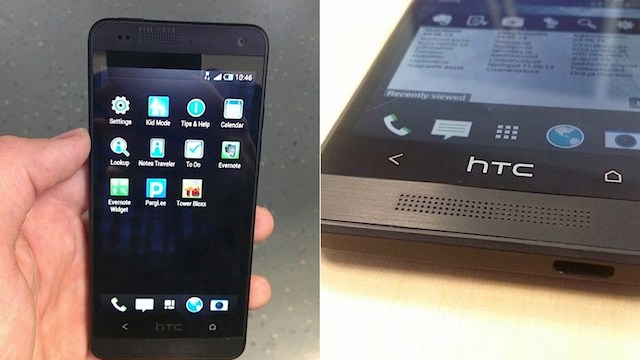 So by introducing the HTC One mini, HTC has actually filled up the space by providing people a low cost HTC One mini (assuming that this device is genuine).

The specs of the HTC One mini resemble a lot with the big HTC One. Same aluminum finishing with 4MP UltraPixel camera and front stereo speakers with Beats audio.

The screen size is smaller; obviously this is one of the major contributing factors that correspond to the HTC One mini name. The display is 4.3 inch with 720p resolution providing a strong 342ppi pixel density to retain the sharpness of the screen. The processor is also degraded to dual core while the RAM remains the same at 2 GB. The internal storage has been reduced to 16 GB from 32 GB as well. 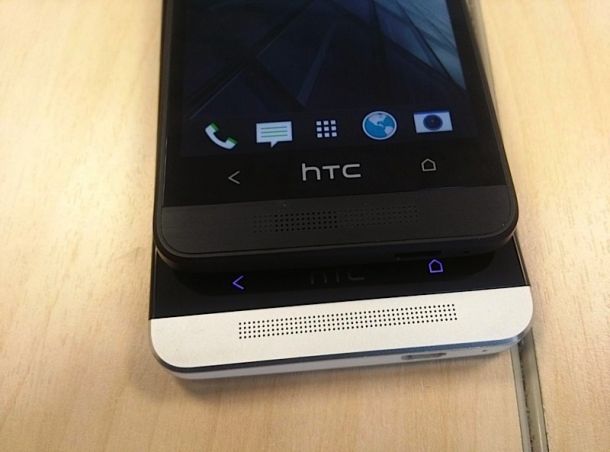 One interesting fact is that HTC One mini seems to be a bit slimmer than the original HTC One but it’s just our assumption from the images. There are no pricing details or any official statement given related to this device but we are pretty much confident that HTC is going to announce this device anytime soon.