HTC CEO, Peter Chou, is quite right when he said the Taiwanese phone maker is evolving beyond, well, making phones into producing other device offerings such as the recently launched RE camera. The device had been circulating the rumor mill and just this week, HTC broke the gossip cycle to unveil what is to become the new favorite of selfie fanatics, or so HTC wishes.

The periscope-like camera is built and designed to complement the function of smartphones as far as taking pictures goes, though it lacks the screen with which to display and view the captured image. But then again, like I said earlier, this marks HTC’s expansion into other product focus, and the RE camera is just an initial step, so in the near future we can expect that the company would be making advanced iterations of this camera with screen. 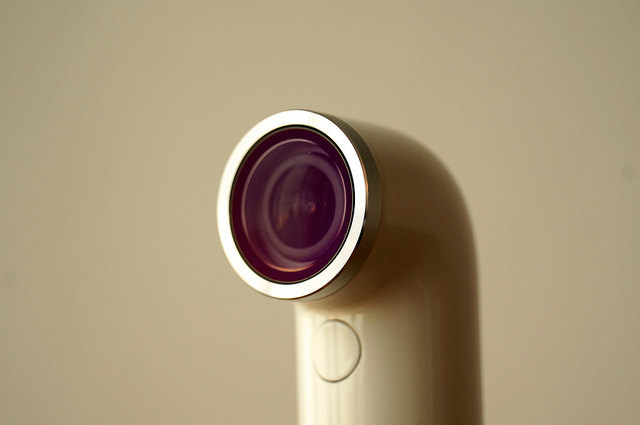 HTC might have initially intended for the camera to compete with the GoPro, which was unveiled only a few days before RE was born. By just examining the specs of the RE camera, one can conclude that there is nothing really distinct in it except for the design. The camera even lacks a power switch; only a button for capturing still photos and movie is attached to it with a long press start and stop for videos.

Also, based on what was revealed this week, HTC might have a hard time outperforming GoPro, which is also now expanding beyond the professional users to cater to beginners in action photography.

RE’s 1/2.3-inch Sony CMOS sensor size is remarkable, however, as it produces a 16-megapixel photo. Another nice feature of RE camera is the presence of a button that enables for recording slow motion video.

The camera sports a 146-degree wide-angle lens and is waterproof, adding a layer of attraction for the selfie addicts who can’t help but take photos of themselves even underwater. A stabilization software is also embedded into the RE camera in order to minimize the impact of shake, which would cause blurry captures.

To use the device in conjunction with your smartphone – Android, iPhone, Windows Phone or BlackBerry – you need to install an app that controls the camera remotely. This app works to give you access to the recorded videos and captured images stored in the camera. Through the app, the smartphone can also work to remotely trigger the shutter of RE.

HTC plans to release the RE camera in the forthcoming holiday season at $199. The device will be available through recamera.com, as well as the stores of HTC, Amazon, Best Buy and the major U.S. carriers.