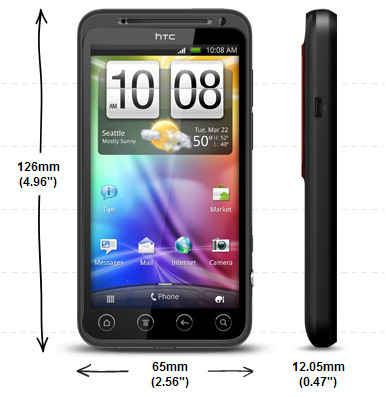 A few days ago, we heard a rumor about HTC EVO 3D, the first HTC glasses-free 3D smartphone and today HTC confirmed this is a real device.

HTC EVO 3D has been officially announced by Sprint today at CTIA, it is designed for Sprint’s 4G/WiMax network. The EVO 3D is armed with a qHD 4.3-inch 3D display and powered by a 1.2 GHz dual-core processor. There are also dual 5-megapixel rear-facing cameras for 3D photo and video capture. The Snapdragon processor support advanced 3D technology allowing us to record 2D/3D videos with up to 720p resolution.