The mobile video service for the Facebook app has been harshly criticized up until now for its terrible performance. But that might change soon after the social networking site added Chris Hartley and Bret Welch, founders of startup Switchcam, to its pool of talent.

Facebook’s video recording feature for mobile devices notoriously brings on dissatisfaction to users, for when you shoot there is not a functionality to edit the clip. The Menlo Park giant might be attempting to address this demand by hiring Hartley and Welch, who have recently shut down their startup business that provided in video sharing services. It is a wonder, however, why Facebook did not just acquire Switchcam to add to its portfolio of mobility services. 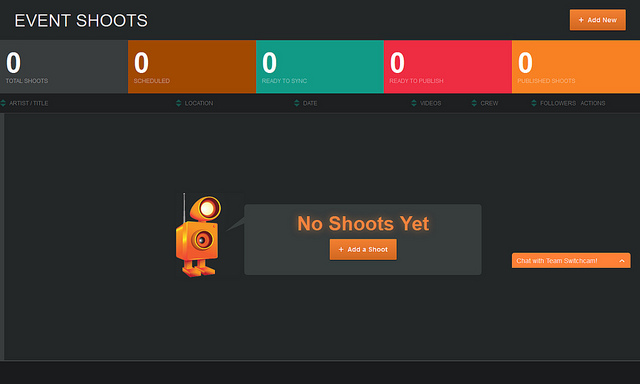 Switchcam was built to enable users, mostly musicians and promoters, to curate video clips from its fan base on Instagram, YouTube and Vine and weave them all into a collage of videos that can be shared via social media. Users could also gain insights into the behavior of their fans, sort out which content their fans like and spot on the best shot of their performance through Switchcam’s analytics and insights. So it was really a big help for the rising artists.

The startup reached a point in 2013 when it had to abandon its original single static shot feature and introduce an app for videographers to combine videos into a far more catchy stuff for fans. The app included a dashboard that had allowed directors to collaborate on editing footages gathered from a crowdsource of random fans that also used the same app to find local events, take a shot and send in their clips.

It heralded then the loss of appetite for the business, pushing it into the pits of financial failure. The company adopted a subscription business model early in 2014 and later ceased operating, prompting Facebook to hire its makers.

There are many speculations after the acquihires of Hartley and Welch as to their special tasks at Facebook and whether the social networking titan would be pushing out nifty updates to its mobile video feature that satisfies the taste of its more than one billion users.

Although updated recently, Facebook’s video playback still could stand comparison with that of other instant video sharing apps. Soon it will realize that millions of users love to share videos of high quality and in accordance to their taste of quality, thanks to its recent acquisition of WhatsApp. It needs to play a catch up game, lest it be overwhelmed by its subsidiary Instagram.