Today, Apple released two new beta previews of their developers. We will cover both of the previews in separate articles today, with this article dedicated to all that was included in the developers preview for developers on iOS 8.

Podcasts Are Here to Stay

We all know that applications that come on board with your iOS device aren’t able to be deleted. You can’t delete programs including Phone, Safari, Mail, and many others. Now, Podcasts is added to that list. In iOS 8, Podcasts will be found on all updated devices and it’s a permanent program. If you are like the large proportion of Apple users who don’t benefit from Apple Podcasts or don’t even enjoy any form of Podcasts in general, this will just be another program you’ll find yourself hiding away. 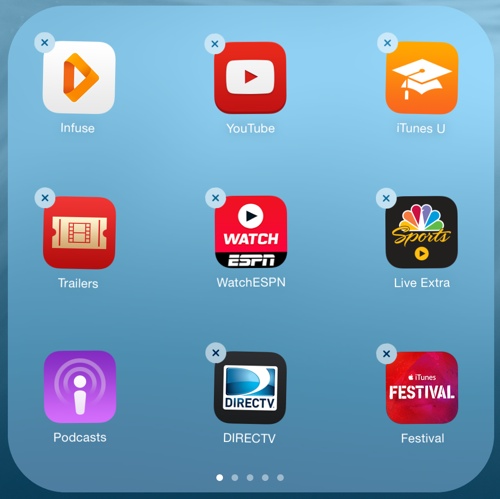 iBooks are also a default application on iOS 8.

In the department of features, in iOS 8, you can now make use of QuickType on the iPad and on iPhone devices. If you remember from our WWDC reporting, QuickType goes a step forward in predictive typing and suggestions not only words but phrases based on your mannerisms and how you type.

Not only that, but to prevent yourself from being suggested certain terms that may only be appropriate to certain groups (for example, being suggested What’s up when emailing your boss), QuickType mends its recommendations based on the individual you are talking to as well. In addition, Raise to Listen (to recorded Messages) is now in settings. PhotoStream has now been fully replaced by iCloud Photos in iOS 8 beta.

When you find yourself in Safari and you see a cool application, say in an article that is linked to the App Store. You may click, not knowing the destination, to find that you were exited out of Safari and transferred to the App Store. This no longer happens without your permission in iOS 8, with the ability to now click to confirm that you will be transferred over.

In the past, buttons in Messages were blue and chat bubbles were either Blue (iMessage) or Green (SMS/MMS) message. Now, buttons for sending a message or recorded message are now grey, while message bubbles remain blue or green, respective to if it is an iMessage or SMS message. In Safari, now if you tap and hold the Bookmarks button, you can automatically save a page to Read Later or bookmark it.

The Status of Handoff and Phone Calls

Take a look at the video below from Cult of Mac to see Handoff and Phone Calls in action.

As you can see, the current beta version of iOS 8 shows a couple of new additions that improve on what was announced at WWDC. With the summer just now underway, we will be able to get a better picture of how the final iOS product will look in the coming weeks and months before the release in the fall. Let us know in the comments below on your thoughts of how Handoff looks like in action. Is it how you expected, better, or could it be improved? Let us know, we’d like to hear your thoughts.

All new features are also with bug fixes and keyboard crash prevention.