The new Apple iOS6 introduces plenty of new features, 200 if you believe in their words. It could have brought some fun for iPhone 5’s users if Apple didn’t make a stupid mistake by ditching the Google Maps and replaced with their own Apple Maps application.

The app was announced in June by Apple as they want to end the deal with Google which had been in place since 2007. In fact, it was bring a lot of promises with features like improved graphics and photo-realistic interactive 3D views. It was good until people get first hands-on iPhone 5 and iOS6. Apple Maps application is far behind the service from Google.

There are a huge number of complaints all over the world on Apple’s support forum and most of them are disappointed with misplaced, incorrectly named and lost landmarks. Ireland’s minister for justice has even called the app ‘dangerously misleading’ as he discovered a Dublin farm is labeled as a working airport. Users almost can’t use iPhone 5 properly for navigation, finding transit directions or just simply finding a landmark. In many parts of US, Europe and Asia, the Maps is even completely blank. Majority of cities and towns in China even don’t have anything.

This is horrible and the result is many iPhone 5 orders have been cancelled in the last few days.

If you are wondering how Apple is responding to the issue, they pointed out that they are sorting out and as Apple Maps is a cloud solution, it will be improved by time and users’ reports. So, we are paying $700 to become an Apple’s beta tester, sound reasonable?!

While waiting for Apple to sort it out, let’s take a look at some ridiculous screenshots from Apple Maps. 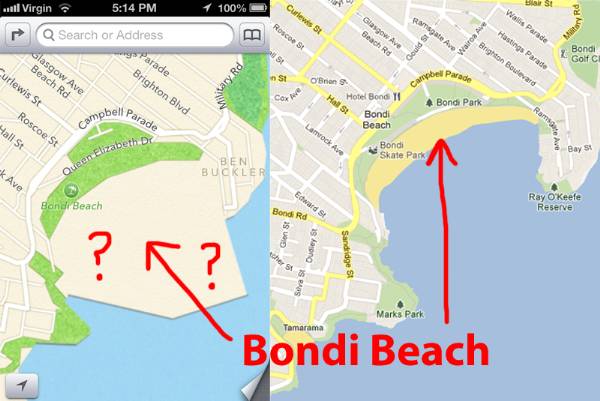 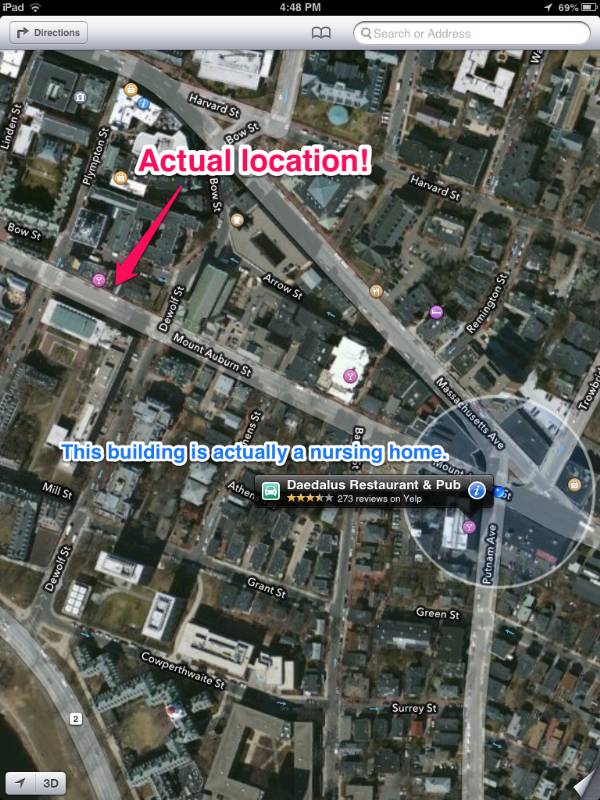