According to the latest stats posted on Apple developer site, about 87 percent of Apple devices including iPhones and iPads are now running the latest iOS 7. This is one of the fastest adoption rates industry has seen for an OS. And it’s mainly because of the whole new UI looks and the introduction of great features in the iOS 7.

The figure went up from last month when it stood at 83 percent before Apple released iOS 7.1 update. The new update not only fixed a lot of bugs and security flaws, but also introduced some exciting new features including CarPlay, improved Apple’s Siri voice assistant, iTunes Radio and Touch ID fingerprint sensor. The new update also improved iOS 7 performance on iPhone 4 by providing more stability and accessibility improvements. 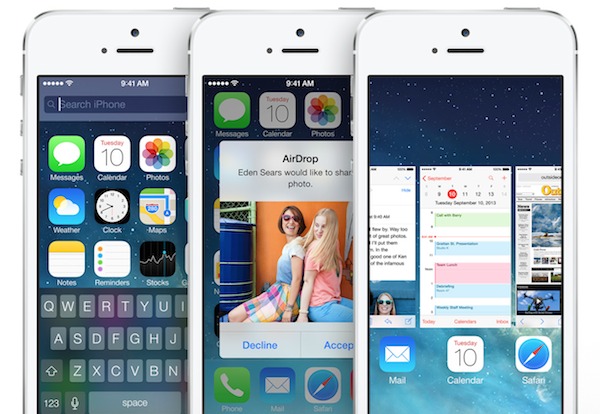 There are still 11 percent devices that are running iOS 6 and 3 percent devices that are running earlier versions of iOS. The new stats were displayed on Apple’s site in order to gear up towards the annual World Wide Developers Conference that is scheduled to be held in June. It will be a 4 day even starting from June 2 to 6. Normally, the tickets for the event, which cost $1,599, gets sold out within minutes. But this time, Apple opted for a lottery system. The winners of the lottery will be notified so that they can purchase their ticket for the event.

Apple is expected to reveal some very important information about its new iOS version – called iOS 8. It is said that the new iOS will introduce more health based features and will also made iTunes Radio as a standalone app rather than a feature. Although it is a tradition of Apple that they release new iOS version along with new phones every year.

If you still haven’t tried out the latest iOS 7, you are missing a lot of cool things about it.