It facetiously looks queer, even unlikely, that your text message should appear as delivered on your iPhone or iPad but actually did not reach the intended recipient who has ditched his or her iOS device for an Android toting gadget.

The flaw has been experienced by several former iOS users who have switched over to the other side of the fence, which led one user to sue Apple for its gross oversight of the issue and its failure to inform users about their missing iMessage text messages.

More worrying about the problem is Apple’s lack of awareness of how to solve it because it currently does not have a fix for it. The issue, however, would have been mitigated if Apple had notified its users. What aggravated the situation is its lack of information dissemination so that at least affected customers would have taken their own initiatives to respond to the flaw. 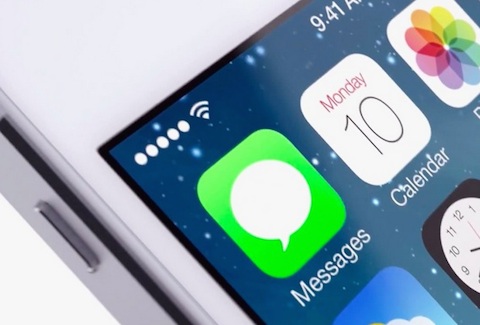 The iMessage came in 2011 with the convenience of communicating with family, friends or workmates over a Wi-Fi network, eliminating the cost from monthly plans with carriers. The instant messaging service has since provided an easy way of conversation between circles of people, especially for iPhone and iPad users.

Read also: Apple Can Break Through its iMessage System

But just recently, the same level of convenience turned into its reciprocal magnitude of trouble spelled for the most part by the endless rivalry between Android and iOS, Google versus Apple. Of course the one noticeable thing about this competition is the constant transition of users from one operating system to the other.

Then it became more disadvantageous on the part of iOS users: their texts sent from their iPhone devices disappeared out of the blue in transit toward non-Apple devices, as if lost in the wilderness of cellular commotion. At first, only the new Android users (who have shifted from iOS) would notice it since the message would be marked “delivered” on the device of the sender.

After that, you have no solid clue as to the whereabouts of the missing messages, as confirmed by an Apple technology support specialist. Since previously muted reports about the issue have been buzzing around as early as 2011, Apple could not completely claim that it had no particular knowledge about the issue. Maybe it knew a long time ago, it just did not raise the red flag on it.

There are first-aid solutions to address the problem at the basic level. For one, a user can request their contacts to delete his or her contact and add it afterward in order to refresh the connection.