The long wait is over for those who have been waiting for Apple to introduce a new generation of its iPhone product, the iPhone 6, based on press invites the company issued to members of the press. On September 9, we will finally see the iPhone 6 and a lot more, the vague invitation suggests.

Apple distributed the invitation with a cryptic message that says “wish we could say more” and nothing else, except for the date of the media event to be held at its De Anza College campus in Cupertino. 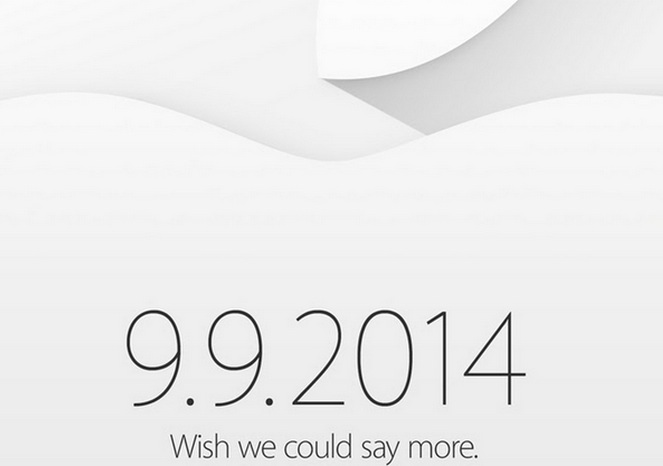 There are potential indications as well that the Cupertino-based company could unveil the much talked about iWatch in addition to the iPhone 6, following numerous reports that the company is gearing toward joining the competition with other tech giants that have previously launched the wearable tech.

The Apple smart watch is expected to function by hinging on the HomeKit function of the iOS 8 operating system, which will also be the OS for the iPhone 6. The interoperability of the iWatch and the HomeKit function will enable users to remotely control their home systems and appliances, according to reports.

On top of that, the smart watch will also work with Apple’s Health app to gather data on the user’s  fitness and wellbeing, health conditions comprising the heartbeat rate, among others. According to previous reports, the wearable computing device will feature a 2.5-inch arched display that LG will build for Apple.

It has been approximately a year since Apple launched the iPhone 5S and 5C. And last week, Samsung – a close rival –  unveiled its Galaxy Note 4 phone-tablet hybrid, also known as phablet, which has been cutting into the sale of tablet computers like the iPad.

We already know that Apple could introduce two versions of the iPhone 6, a 4.7-inch and 5.5-inch handset that borders on the dimensions of the phablet. This could be a strategy to hit two birds with one stone, since the phablet is fast becoming the new fad for mobile users. But rumors had it that Apple will unveil the smaller screen first while the larger one is set to be launched at some later date.

Still according to reports, Apple’s iPhone 6 will see massive production after its launch as the company is said to have struck a deal with its manufacturing partners to produce nearly up to 40 percent of the iPhone 6 more than the volume of the iPhone 5S and 5C launched last year.

Expect the new model of iPhone to come in silver, gold and grey color schemes.