New image leaks were seen in a site showing the latest Android 4.4 running on a device and showing various new features of the latest Android software. Android 4.4, nicknamed KitKat, will possibly be coming out along with the new Nexus 5 device that is expected to be announced this month.

Interesting thing to note here is that although the new Android 4.4 is named KitKat, there seem to be no direct reference to the name of the version found in the device. In fact, there was a loading screen showing the Key Lime Pie animations. So it means that Google was definitely into releasing the Key Lime Pie until Nestle intervened with the KitKat.

Google has introduced a couple of new Settings options in the new Android 4.4. The images show the new Printing and Payments option being added to the Settings menu. The Payment setting might be related to the NFC tags to make wireless payments at various spots or check in points. While the Printing setting was dubbed to be there to be used by third party apps like if HP makes an app for their printers etc. 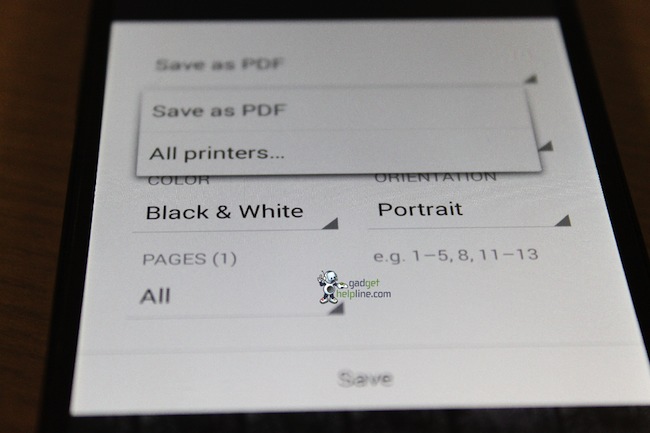 Android 4.4 also introduces a whole new Camera UI and a lot more options in it as well. The photo editing tool in the Android 4.4 now includes a Tilt-Shift and Center Focus options including Negative and Posterized effects. It looks like Google adapted quite a few changes inspired from the Instagram editing tool since it also added the option to export image in any size. 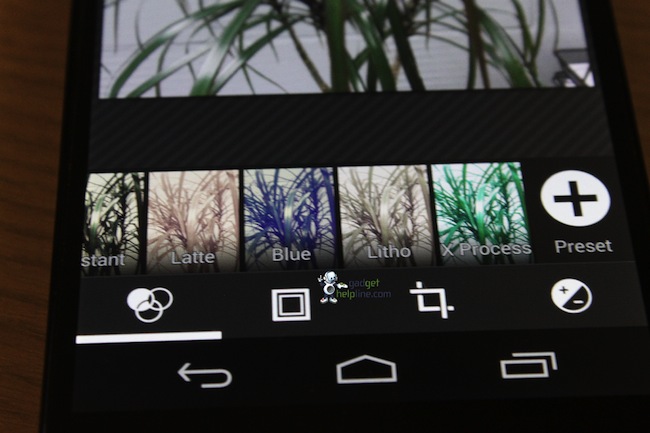 When looking into Gallery options, we saw more about the Printing option we found earlier in Settings. The printing option is also in the Gallery menu that lets you save any image in PDF format or use any printer in the same network to print a hard copy.

There were no extra ordinary changes seen in the overall UI of the Android 4.4 and people expecting a change in the colors of the UI would be disappointed with the Android 4.4. But who knows that Google might introduce something at the very last minute.