It seems the rumor mill just can’t shut up about the upcoming iPhone 6s. Not exactly a bad thing, as we are getting to know just about everything about the device even before its official launch. With that said, the rumor mill has brought along another bit, which is quite interesting.

The latest bit lays claim that the ‘Phablet’ category iPhone 6 will feature a 128GB storage option and also adds optical image stabilization (OIS) to the camera. The source claims that both these features will be exclusive to the 5.5-inch iPhone 6 only, with the 4.7-inch version getting regular storage options, a camera upgrade but without OIS. Apple’s decision to introduce a 128GB storage version will actually prove to be beneficial, making for a more ‘Phablet’ experience with lots of storage space to save various documents and data. It also moves Apple’s phablet closer to their iPad lineups, which also feature a 128GB storage option. 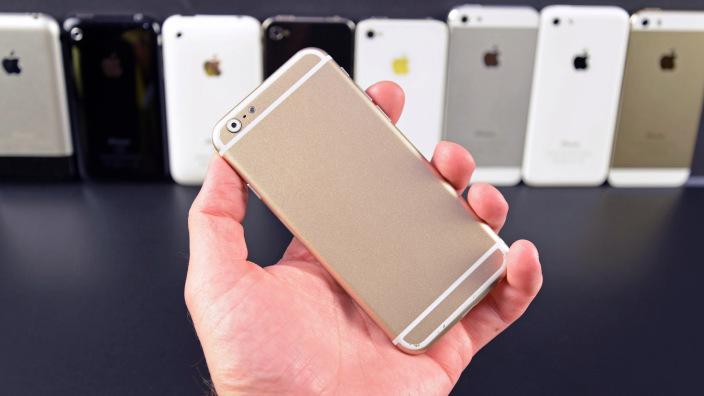 In addition to that, the iPhone 6 will come with a specs bump, better camera and an overall thinner and elegant design. With a plethora of images of the upcoming iPhone 6 already leaked, we have a pretty good idea what it will look like, and its pretty good.

The source also claims that the new iPhone 6’s will be officially launched on September 19th, which coincides with Apple’s iPhone announcement trends.

With Android upping its game quite a bit and devices like HTC One (M8), LG G3 and Samsung Galaxy S5 already in the market, it’ll be interesting to see how the new iPhone models cope with the market. iOS 8’s great new features make for a major selling point, as well as the screen bump, which will be a welcome addition.