Xiaomi, one of China’s leading smartphone manufacturers, has recently introduced a new flagship mobile device dubbed Redmi Note 3, which has been priced modestly at US$140 but comes with a metal body and fingerprint sensor, which marks the first time that a manufacturer from China incorporates a fingerprint technology into its hardware.

It may not be the kind of flagship that every tech enthusiast might be looking forward to, perhaps due to lack of media attention afforded to larger phone makers in the United States, but by just looking at the specs of the handset, you are sure to be amazed at what it has to offer. 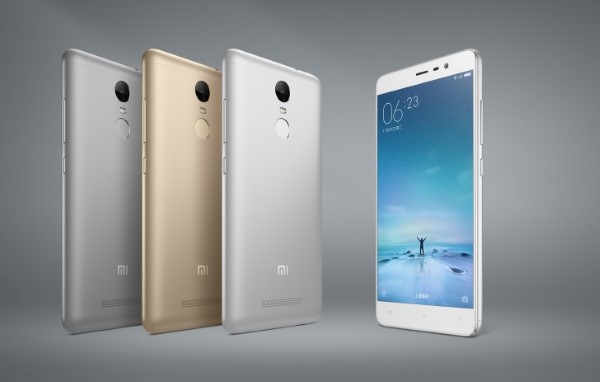 The Redmi Note 3 sports a 5.5-inch screen and will be available to all consumers in China beginning on November 27, with the Asia release scheduled in the following months after that. It remains unclear, however, whether Xiaomi plans to roll out the flagship in the United States or anywhere in the West or a third-party reseller will offer Redmi Note 3 in that area.

Since the first release of Xiaomi’s handset, there has never been a market changer coming out of the Chinese company’s production line. The Redmi Note 3 changes that with some nifty features and systems that will sure captivate users.

It is different from its predecessor, the Redmi Note 2, which has a plastic body. The Redmi Note 3 will come in silver, dark grey and gold metal bodies, which means it belongs to Xiaomi’s higher-end of Mi line but with a low-end price tag.

And indeed, the metal case has been foremost in the mind of Xiaomi CEO Lei Jun when his company was designing the smartphone with the intention of giving the device a premium touch, but at a lower cost than most of its peers. The fingerprint sensor, in particular, adds to that premium feel.

According to Xiaomi, a user can unlock the smartphone in a fraction of a second using the sensor. But there is a catch: you need to place your finger in the right position on the scanner for the device to unlock.

The metal body and fingerprint sensor aside, the Redmi Note 3 contains specifications that are similar to that of its predecessor such as the octa-core processor, 13-megapixel rear shooter, 2GB of RAM, 16GB of onboard storage, 1,080×1,920 pixel display and dual-SIM, except for the 4,000mAh battery (the Note 2’s is 3,060mAh).

The Note 3 will run the Android operating system layered with Xiaomi’s MIUI 7 skin.