If there’s one thing that C-level executives at BlackBerry want to give more focus right now, it is to keep in place the company’s loyal user base. Even if that means BlackBerry offerings should adopt multiple platforms. 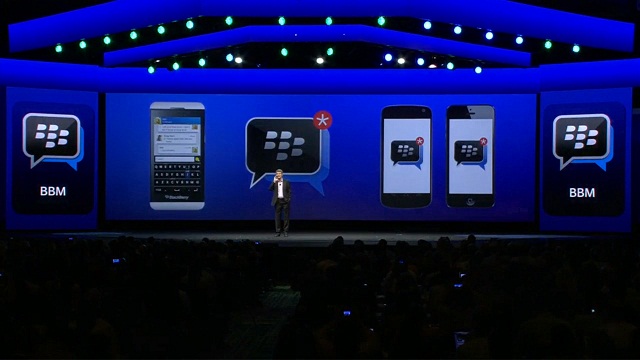 The Ontario-based company has been recently extending its applications into competitor platforms Android, iOS and Windows operating systems. One example is the BBM messaging system, which was previously exclusive to BlackBerry’s ecosystem alone. Then BlackBerry Balance followed suit. The application enables switching of work stations between business and personal content in a single device.

And to enable users to access various business and personal applications using a single device is precisely what BlackBerry wants. As its revenue continues to decline in the last couple of months, BlackBerry is hoping to maintain its base of loyal users who may find its multi-platform approach helpful.

In fact, BlackBerry also seeks to expand into the realm of Internet of Things and wearable technology, as it showcased at the International CES a platform that gathers data from various objects and automobiles. In the wearable sector, the company wants to launch a version of the BBM system for Android smartwatches.

A major contributor to BlackBerry’s renewed focus more on software than hardware is its partnerships with the federal government of United States, which recently opened its devices contracts to Samsung, a position once monopolized by BlackBerry, and adopted the bring-your-own-device model. In recent years, The U.S. government has not increased its order for BlackBerry devices. In contrast, there has been a remarkable rise in the software contracts between the government and the company.

But all of that doesn’t mean BlackBerry is giving up on the hardware race, though the company might be aware of the hurdles it has to face in order to regain the lead in the market. The current market trend certainly focuses on consumer electronic products, which have been the turf of Apple and Samsung. BlackBerry’s new and future offerings should, therefore, focus on the what constitutes the market in the large part.