Things are looking very interesting for the new Nexus 5 arrival as we recently saw the Nexus 5 official photo surfaced over a website.

According to the website, the photo of the white Nexus 5 was posted by a person who claims that he got it from an official working for the Google. This is the first time that we have seen the Nexus 5 in white color and also official as well.

Many people previously hinted at the desire of a white Nexus device when the Google launched the Nexus 4 but after many speculations, the white Nexus 4 didn’t go official until this year in May. It seems that Google has finally listened to the people’s voice and has now planned to release the white Nexus 5 along with the black one as well. There is no delay of any sort in the white color and people can order any of the two colors after it is launched. 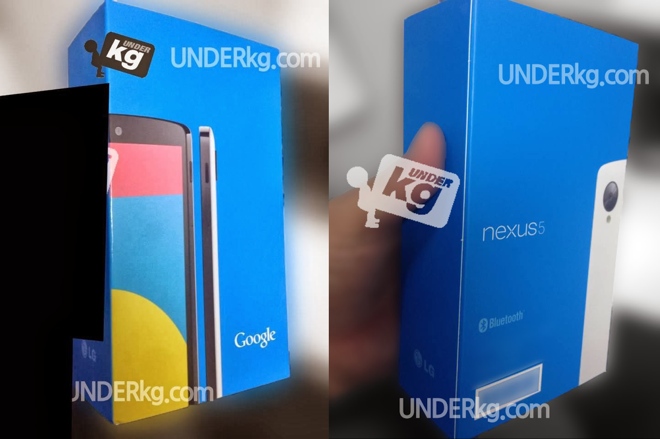 Couple of days ago, we also saw pictures of retail packaging of white Nexus 5 that also adds weight to the fact that White Nexus 5 is a reality. However, there is a slight difference between the today’s leaked image and the previous one. The first one showed the Nexus 5 with a white back panel and black on front but the new image we got today shows the device in full white color. 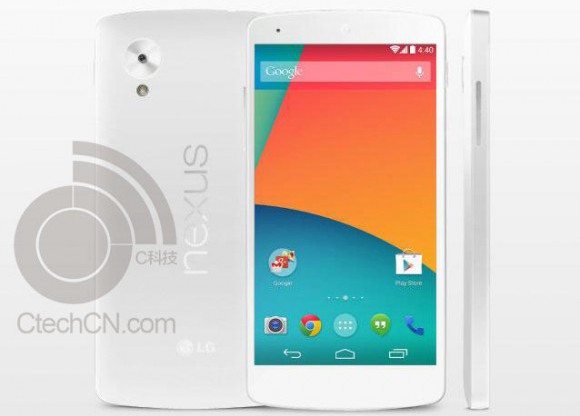 If you didn’t know what the new Nexus device will have, here is a quick overview for you. Nexus 5 will pack a 5 inch full HD 1080p display, a quad core Snapdragon 800 processor running at 2.3GHz, 2GB RAM, 1.3MP front facing camera and an 8MP rear camera with LED flash. The device is said to have a 2300mAH battery.

Google’s event for the KitKat announcement is going to be held on October 28th and we are pretty sure that we will see the Nexus 5, both in white and black, at the same event. Keep checking back for more news as we head towards the deadline day of the Google announcement.