With Apple having officially announced the release of iOS 7 in the fall, the next question in everyone’s mind is where can they get iPhone 5S when it is officially released?

Knowing when the iPhone is to be released is one thing, getting it in your hands in time is a totally different story. If you are new iPhone user or someone who has had their current handset bought for them, the task may seem quite easy. It is not. There are millions of iPhone users who will be flocking on the official release centers with the hope of getting the same handset as early as possible. Thus, it pays to know exactly where and how you will lay your hands on the iPhone 5S immediately on its release with minimum hustle.

The first place to consider when getting a new iPhone is Apple’s official retail stores. This is one place where you can expect to get the best of their services. When you visit the retail store, you can be assured of leaving there with the new handset already configure, your data restored in the new device and even having downloaded some apps that ought to make your life easier. However, during the official release date this is the place you should avoid most, unless you are queuing person. As usual, there will be a long queue and a lot of fanfare during that particular day such that you will end up getting the phone late than expected. 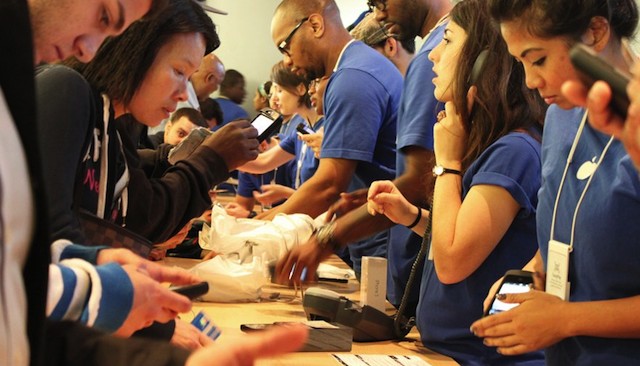 If you are an all Apple person, and would rather prefer getting the device being delivered to you,preorder the iPhone 7 through Apple’s Online Store. When you place a preorder, you get free shipping offered but you will have to do the configuration of the device all by yourself. Just to be on the safe side, when you are placing your preorder before clicking on the check-out, take a look at the cart and see the expected date of delivery. You do not want to have it arriving later than the release date. Through this, you can be guaranteed of getting the device early than the rest of the users either a day before the release of the iPhone or early in the release day.

Alternative to Apple’s retail and online stores, the other place where you can preorder or purchase the expected iPhone 7 is through the local carriers. These include; Sprint, At& T, Verizon, T-Mobile and C Spire stores.This option will spare you the hustle and bustle of crowds. Here, just like with the Apple online store, you can preorder the device to be delivered to you, but not on the same release day. However, if you are not a patient person, and rather than going to the apple retail stores, you can physically visit the local carriers on that day to get the iPhone. Here you can be assured of getting the iPhone early with minimum or no fanfare and without a large crowd.

Another place where you can get an iPhone is from other online stores. Such stores include; like Best Buy and mobilephones.org.uk. Here, though not as popular as the previous places, you can be assured of getting your iPhone delivered to you within the an accept time. An advantage that these stores have over the rest is that they have less customer base, as such, you are bound to have your order processed faster.

Just to be on the safe side and on making the right decision visit all these different places. Find out which store is best for you and more convenient to make the purchase.