Micro-blogging platform Twitter has acquired Cover, a screen lock app that practically takes over your home screen in the same way that Facebook Home works. So it is safe to hypothetically say the acquisition is yet another round in the competition between the social networking giants.

Todd Jackson, Edward Ho and Gordon Luk who formerly worked at Google built and unveiled the app in 2013. The three also previously held engineering positions at Facebook and games startup Goodhustle before developing Cover, a sufficient background to work their way around building mobile apps for the social media. 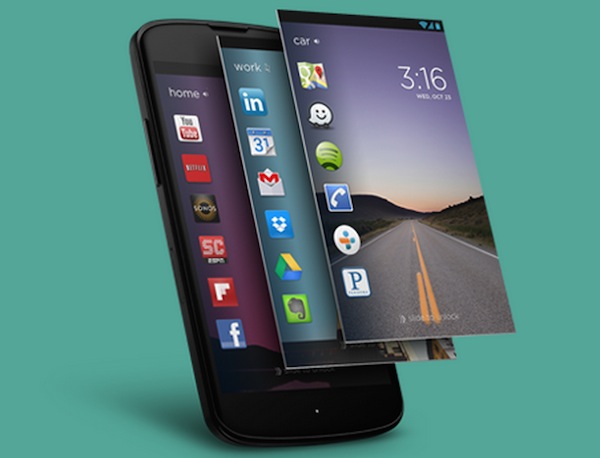 The mobile app works to flash out six app icons on the device’s screen based on context clues that are drawn from the user’s behavior and current location. Basically, it personalizes the home screen by displaying your email inbox while in the office, for example, or showing the Facebook and Instagram apps while at home or Kindle for books while on vacation. In other words, it predicts what you might want to do with your phone, or at least tries to suggest optimal operations at a certain time in a day.

It remains to be known, however, what Twitter plans to develop with Cover. The company’s shareholders have long been urging Twitter to focus its growth on mobility, so this might be an initial move toward that goal.

Cover also is Twitter’s first Android-centric investment, indicating that it is zeroing in on Google’s mobile platform as Android’s market share continues to rise. Market research firm Gartner recently reported that Android holds 78.4 percent of the market, up 12 percent from the 2012 figure, 66.4 percent. Of the total volume of smartphones sold in 2013, Android-toting devices represented 758.7 million of them, again a significant jump from 451.6 million in 2012.

So the Cover buy is a logical reinforcement of Twitter’s strategy toward the mobile market considering also that at least 3 in every 4 Twitter users access the network through mobile phones. Cover further grows Twitter’s user base as the app flaunts hundreds of thousands of downloads on Google Play store.

There are few caveats down the road, to be learned from none other than Facebook Home. The lock screen app that Mark Zuckerberg announced in early 2013 began with much fanfare, only to end with a whimper. Much of the adopters began to feel a sense of colonization with their home screens being populated by the ubiquitous appearance of Facebook in welcoming users, launching an app, displaying notifications, among others.

Twitter has to differentiate its approach with Cover if it is to succeed in a volatile market like mobile.