Usenet is among the most secure platforms for file sharing, but very few people know about it; even if you ask Torrent users, most of them don’t know about it. Essentially, Usenet is a decentralized message distribution network that has been in existence since the 1980’s. It has grown from just a messaging platform to a file-sharing platform over the years, and its user base continues to grow.

In 1980, Usenet started its operations as a bulletin board service for messages. The interesting feature that captivated people at that time was that it was accessible through the Internet, without the need of accessing it through phone calls, the way the other BBS platforms used to work. In that time, discussions were based on text which had to be posted, and it was impossible to upload or post any file to Usenet. 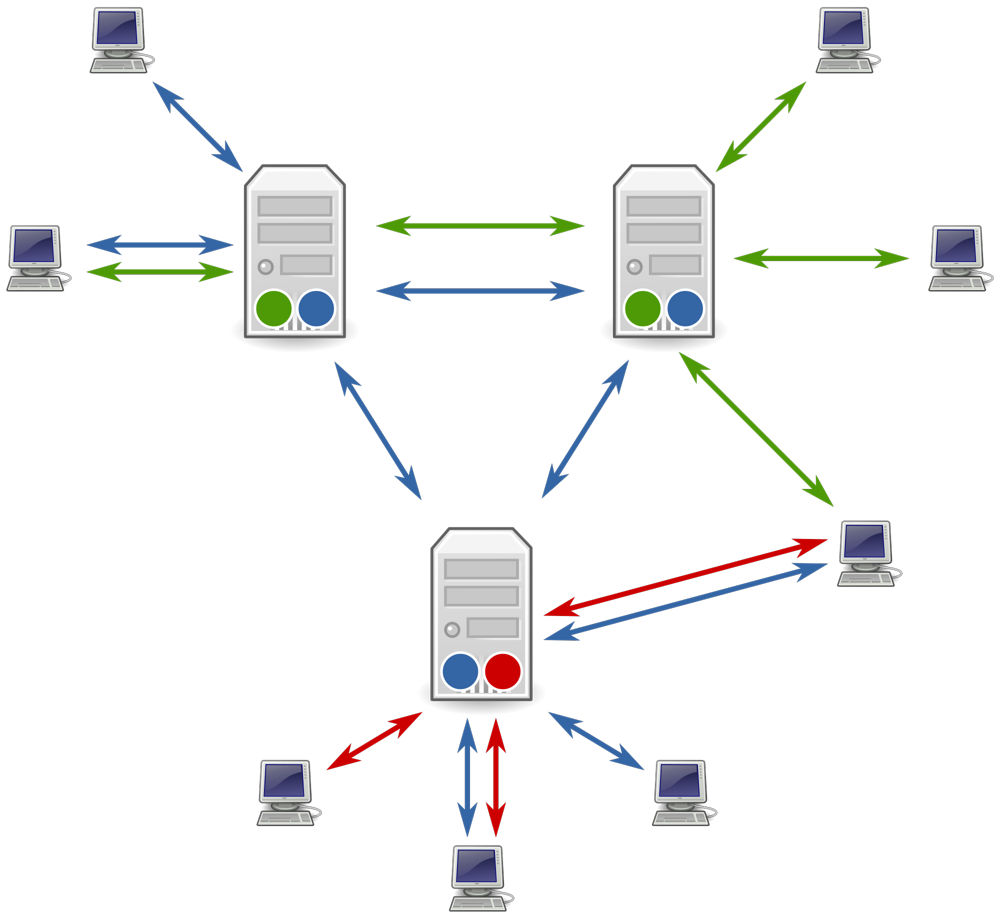 The creation of Usenet was based on the premise that computers had become sophisticated enough to help us hold conversations, and since conversations run the world, computers were ready to get into the loop. At first, there was Usenet, which was a decentralized platform that never had an owner.

Although Usenet was created for conversations, developers believed that they would improve its technology to hold much more than just conversations. One of the developers who contributed to the future of Usenet was Mary Ann Horton, a graduate student from Berkeley; she was involved with the development of the UUCP’s early protocols. She also participated in the creation of the connection between the broadband Internet and the protocol.

As time passed, the kinds of messages that were on the platform changed. In the beginning, text messages were uploaded to newsgroups; the newsgroups grew over the years to more than 110,000 covering every kind of topic, subject, and category.

In Usenet, the platform is not hosted on a single server, there is no company that manages it, but as we indicated earlier, it is a distributed network that spans hundreds of server clusters all over the world, with each server cluster mirroring each other’s contents and operating as independently as possible.

As years went by, someone discovered a way of converting files into text format so that they could be posted to newsgroups. This innovation was a game changer, and it became the first network to share files, way before the emergence of Torrents. The popularity of file sharing became widespread over a short period of time, creating alt binaries newsgroups which were soon to number in the thousands. There was an explosion in its usage and, over time, files became the main content that was posted on the groups.

If you focus on the trajectory of the usage of Usenet over the last few decades, the platform gained most of its growth over the last five years, even though it has existed for over 20 years. For instance, in 2002, 250 GB of data was stored on the platform, but by 2003, the stored data had doubled to 500 GB of data.

Currently, each day, over 27TB of new data is being posted into different newsgroups with over 64 million posts. These posts cover every kind of subject. From political discussions to pictures, and multimedia that are distributed in high volumes, you just have to see it to believe it, every kind of topic known to man exists.

What makes it possible for every kind of topic to be available is its unregulated nature. With no control over what is being posted, the platform has gained enthusiasts and enemies alike, because of its freedom and the presence of lots of spam and viruses. Even though it has these elements, its freedom is what keeps it gaining popularity over decades.

Usenet consists of newsgroups that can be thought of as category listings or folders, and each upload has to be tagged to a newsgroup. The benefit of doing this is to make it possible to search for an item using a search filter, or to go straight to a newsgroup that you would like to view. You can easily go to a newsgroup that captivates you and browse its files.

Let’s assume that you like aviation. You can search for planes and miss a file that is named ‘Apache Test Flight’. But if you were browsing the files in a newsgroup called “alt.binaries.multimedia.aviation”, then you can easily find the list of files you want.

There are over 110,000 groups in the platform on every subject; groups that have the largest files start with “alt.binaries”, meaning that it is comprised of files.

The platform works like any other file sharing platform; you need to install special software called a newsgroup reader. You need to have an account from a provider to access Usenet. There are Usenet providers who include News Rover and Newsbin in the accounts they sell to people. Popular packages have search capabilities to allow you to search alt binaries and across all of Usenet and also to download the files.

Contrary to the way other sharing platforms like Torrent work, Usenet users have to create an account for them to access the global network. Getting a Usenet account is possible through a number of independent providers having options like offering small free accounts, to plans that cost about $30 on a monthly basis.

Advantages of Usenet over other file-sharing services

It can be tough for someone who is getting to know about Usenet for the first time and wondering why they need to pay for access, while other services like Torrents are free. There are a number of advantages that Usenet offers that Torrents do not, and they include:

• Usenet offers speeds as high as 3 Gbps if you have a super fast connection.
• You don’t need to upload
• It is encrypted
• It is decentralized

One major problem with this software is that it does not have good software to use with smartphones. Android and iPhone users have nothing close that works for this platform. This has shutout over 50% of all Internet traffic. Currently, there are web-based interfaces which do not include all the newsgroups, only the largest ones for binaries. The idea behind the web interface is to allow anyone to access it with a computer, a tablet, or a smartphone that does not have software installed.

Users can browse through newsgroups; they can add the files to the list for it to be easy to get back to where they were, or they can easily search for interesting things to download. When they see a file that they want, they can download the file without stopping browsing, and they will be notified when the file is ready to download.

Usenet is a representation of the progress of the Internet itself, and the journey has resulted in a lot of alterations over decades. Even though it has been in existence for many years, it is still evolving as it always has and is as influential now as ever.

It has grown to become a secure, decentralized network where you can download items much faster than using BitTorrent since you don’t need another user to have the file.

Since Usenet does not have moderators or stewards, junk will always make its way into the network. But that’s also what makes it great because no one can say that you can’t do something or censor what the community wants.