A few decades ago very few people would have believed there would be a technology that can allow people to communicate with themselves from other parts of the world without them being physically present. That technology is now a reality, and it is called the internet.

The internet started with dial up, then after a lot of modifications and developments another great technology called broadband internet was invented. This technology keeps on improving everyday and now, millions of people are making use of the internet from their mobile device every day.

The funny thing is that some Android phones now have support for one of the best and developing form of mobile broadband internet, which is the 4G technology, and can allow internet speeds as high as 100Mbps (faster than the typical form of internet connection we use today – yet will soon be available for use on mobile phones). 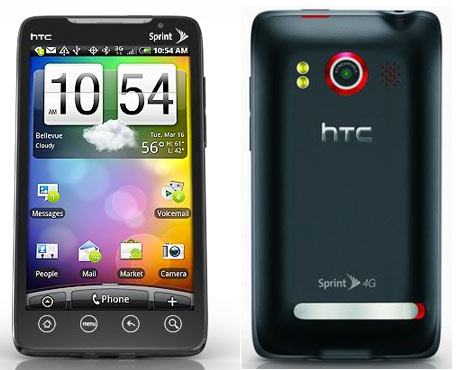 This is one of the best Android Smartphone and the first Android phone supporting 4G internet to be released. The HTC EVO 4G Android phone also has a 4.3-inch screen and it operates on the Android 2.2 software.

This Android phone is one of the best mobile phones in the world and has been a great bestseller since its release. There’s no doubt this Smartphone will still be very powerful even in years to come.

The HTC EVO Shift 4G is another great Android phone supporting the 4G wireless broadband technology. It was made after the huge success of the HTC EVO 4G and a lot of people often refer to it as its younger brother. The HTC EVO Shift 4G is also a very powerful Smartphone with a 800MHz processor and a 3.6 inches screen, but it has a slide-out QWERTY keyword. This mobile phone also uses the Android 2.2 Software.

This particular 4G Android phone is my favorite, with the clean look and clear graphic support it has. It is also the first native 4G device and one of the first set of 4G Android phones. It has an 800MHz processor, a slide-out QWERTY keyboard and support for the Android 2.2 software.

This guest post is written by Paul who helps you learn how to choose the best wireless broadband providers.