Sphero toys used to be boring as they had just some robotic balls running around. However, things have changed dramatically in the last few years when the manufacturer started making characters from famous movie franchises like Star Wars, Cars, or Spider-Man. In this post, we’re going to check out the Sphero Ultimate Lightning McQueen, the star of the animated Pixar film Cars.

The Lightning McQueen comes in medium size similar to other RC cars. The packaging of the product is very simple as there are just the McQueen and a charger inside. My first impression with the toy was pretty good, I immediately felt that this is a high-quality toy when holding it in my hand. The car exterior is made of plastic but it is quite solid and heavy. 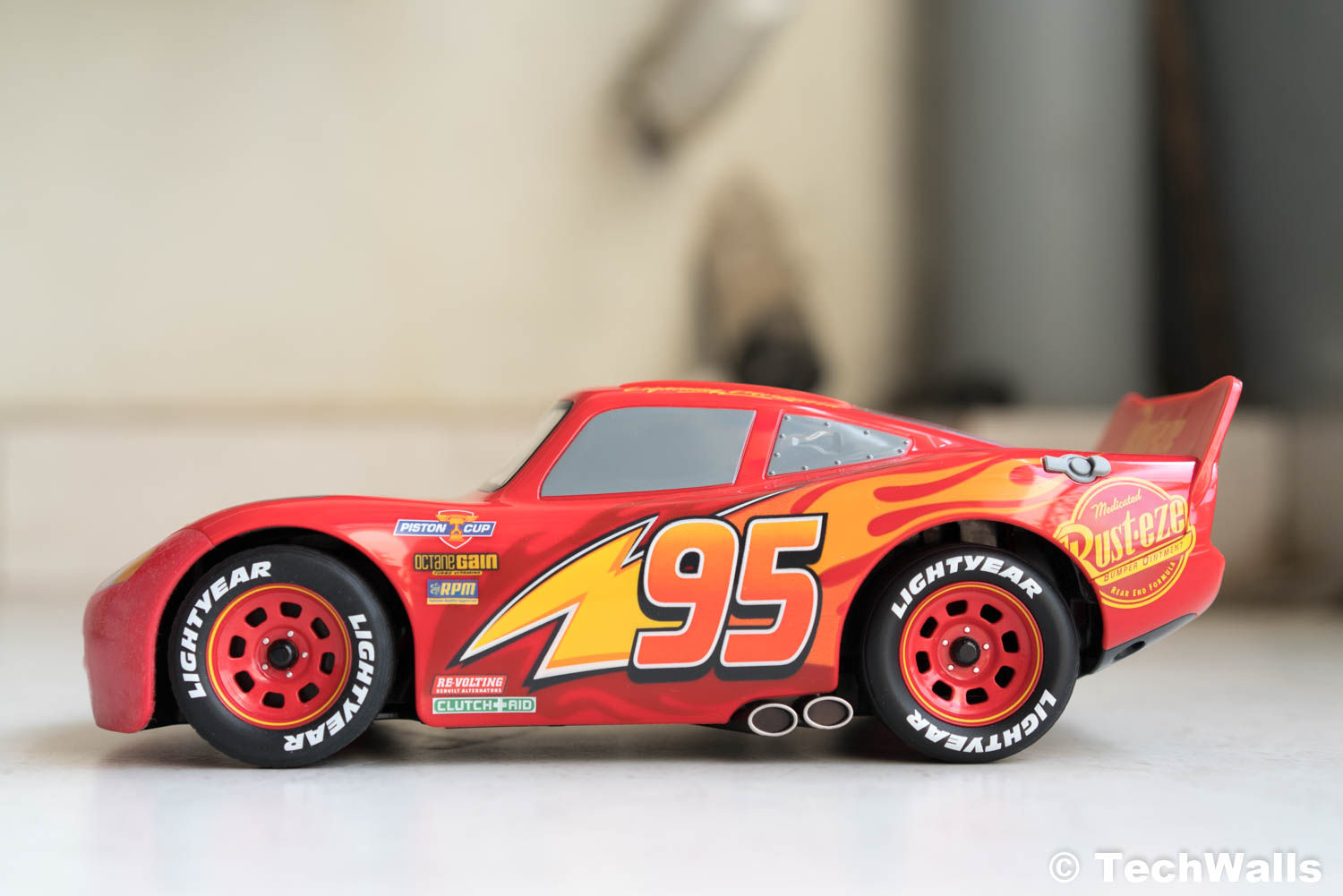 As we all expected, the toy has all the printings as found on the real Lightning McQueen, including the Rust-Eze logos, some sponsor stickers, and the racecar number 95. I’ve checked out some other Lightning McQueen toys but none of them could be interesting as the Sphero on. Obviously, it should be interesting at the expensive price tag of $299. While other McQueen toys on Amazon are die-cast vehicles or simple remote-controlled ones, the Sphero toy is the liveliest of them all and you will want to spend a lot of time with it. You can see what it can do in the video below.

When I heard about the new toy, I couldn’t believe that there is a lot of tech inside the toy. It actually has animated eyes, an animatronic mouth, emotive suspension and the voice of Owen Wilson as seen in the film. It has an LCD screen to show the eye movements and a mouth that is synced very well with voiced phrases. Sometimes, I feel creepy when looking at the Lightning McQueen; the animated character is brought to life and it looks so real. I’ve never seen any other toy with such expressions and movements. It is equipped with 3 processors and 6 motors, so everything looks so smooth. 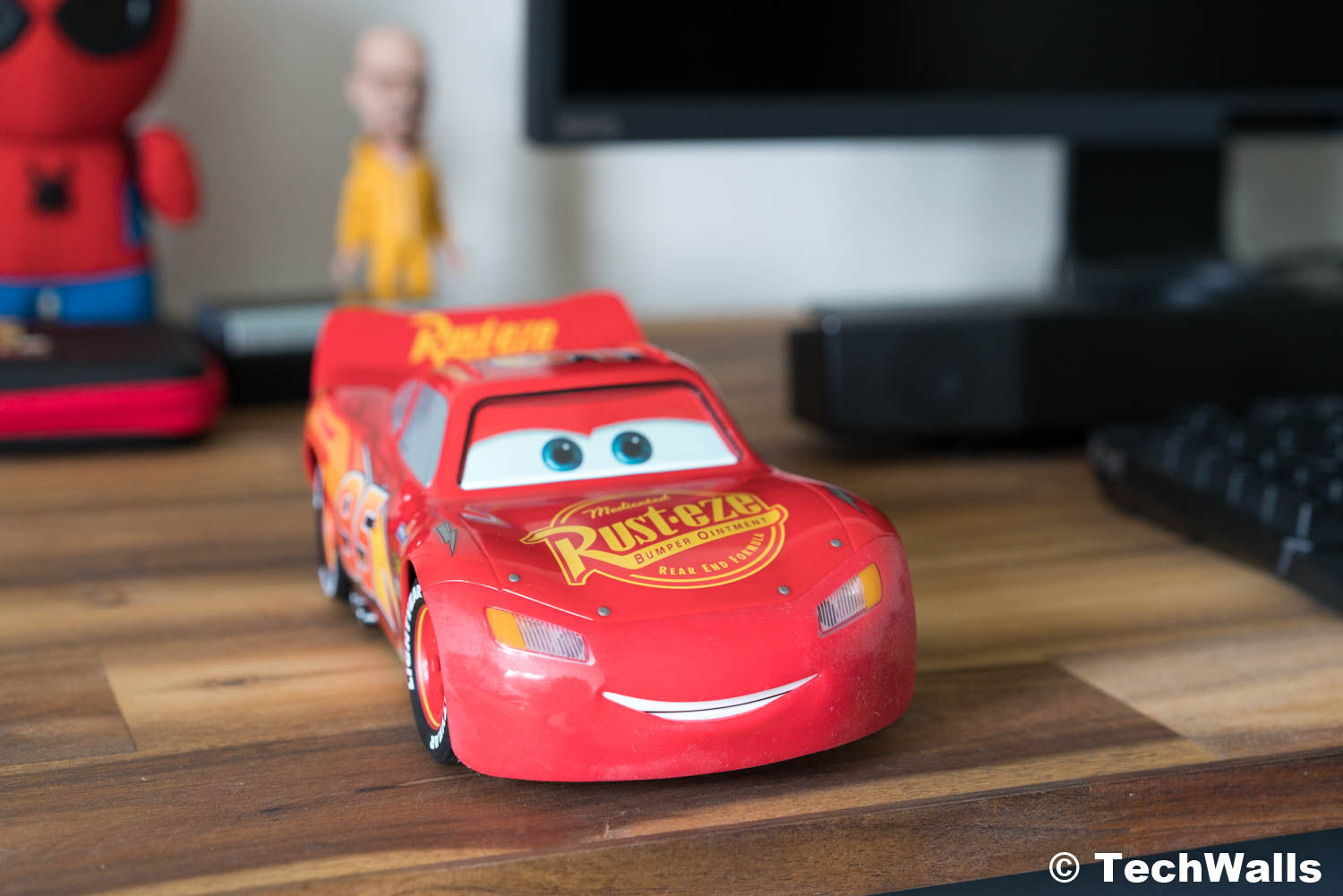 This is an interactive toy as it will have different reactions when you touch it at different places. When you drive into a dark place, the headlights and taillights will bright up automatically. Besides, you can watch the Cars movies with this toy and he will have some reactions in real time. 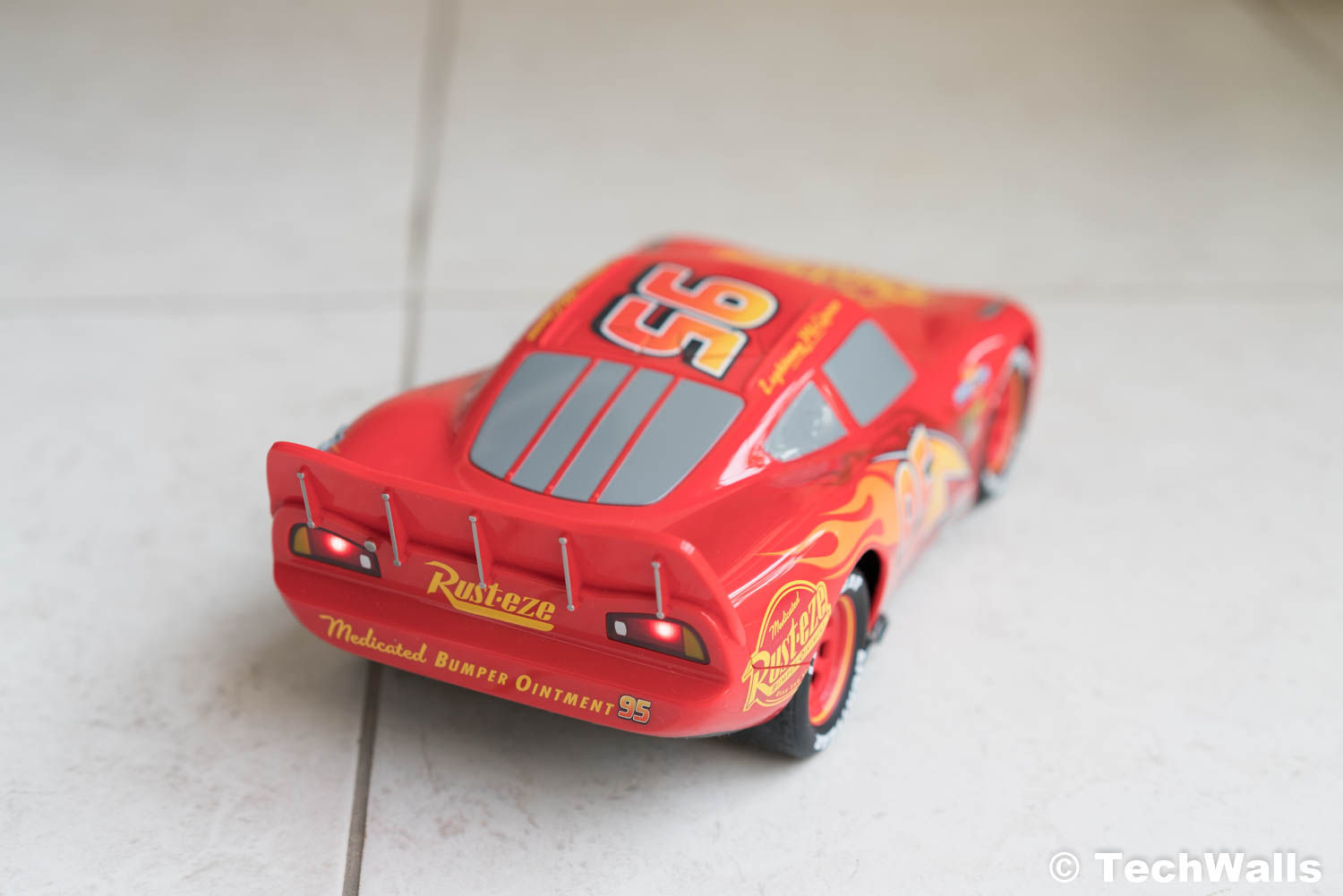 To control the McQueen, you will need to install the app which is available on both iOS and Android. The home screen of the app allows you to drive the car freely in any direction, do drift or doughnuts. You can also check the current battery level, make it talk, or boost the speed. The maximum speed of the vehicle is 6mph. Besides, you can play a simple game called Pit Stop Panic, or create a script combining voice phrases for the McQueen to perform later. 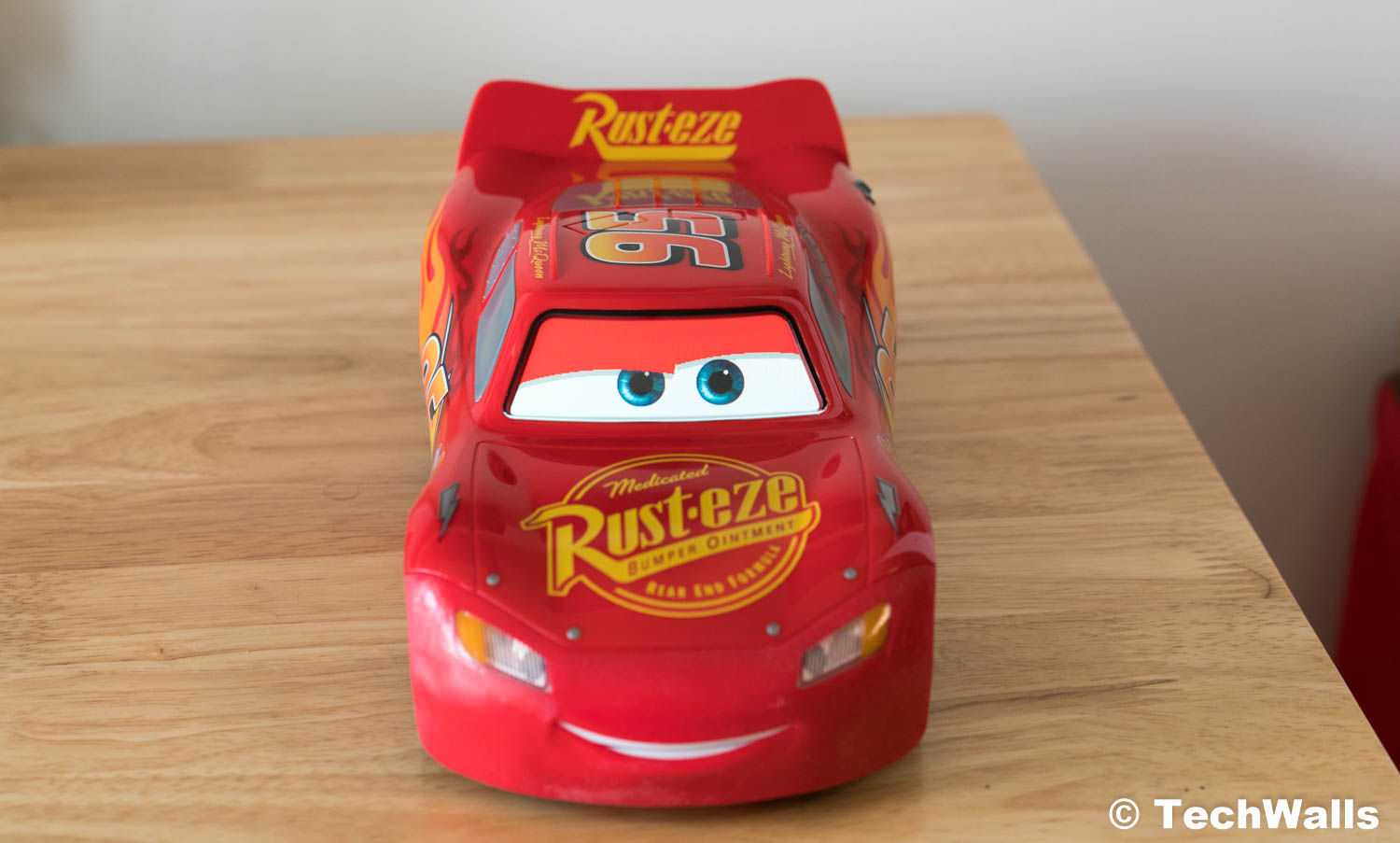 The toy seems too good to be true. However, there are some problems that you should know before buying. The battery life of the McQueen is not so good, it lasts just about 40 minutes and you can’t turn it on/off without the app, so you will have to find the charger very often. Another issue is the weak Bluetooth connection; I couldn’t drive the car far away from my location, it gets disconnected when running out of the 14-feet range. This is quite disappointing since Sphero stated a 100-feet range in the spec sheet.

The Lightning McQueen seems not be suitable for children, especially at this price tag. However, this is an irresistible toy, one of a few with personality and a realistic appearance. I highly recommend it if you are a die-hard Cars fan or you want a special and unique gift for your big kid.