Whereas companies likes Samsung, LG, HTC and iPhone are coming up with their next-gen flagship smartphone, Sony fans must be worried as they haven’t announced anything yet.

Well the moment of being worried is over as Sony D6503 codenamed Sirius came up on the rumor charts and looks like instead of a new successor to their flagship smartphone the Xperia Z1 which is almost new as the company released it a few months they are going to come up with a refresh version of Xperia Z1 with a few minor changes just like HTC is doing.

Interns of design the Sirius looks the same as Xperia Z1 but with thinner bezels this time which makes it looks even slicker and with an increase in screen size that is around 5.2-inches. The other thing that we noticed was the speaker it contains three holes instead of a mesh speaker grill. The smartphone might support a resolution of 1440×2560 pixels but that is only an assumption as judging from the leaked pics the smartphone seems to support a full HD resolution and if that was true it would be disappointing to see Sony sticking to full HD while others are moving to higher resolution displays. 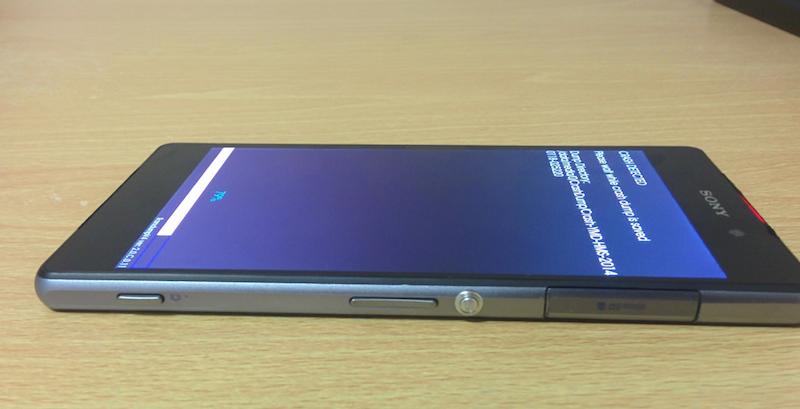 The smartphone will be equipped with a Qualcomm MSM8974AB which is said to be faster than Snapdragon 800, 3 GB of RAM, 16 or 32 GB of storage. There are no details on the camera, it might have the same camera we found on the Xperia Z1 with some software updates and a little more to it, but we did see 4k video recording in the UI of Xperia Sirius. As far as the software on the Xperia Sirius goes we are sure that it will come with Kitkat out of the box.

We might see it on MWC expo in February and the smartphone being released in March with a price tag of around $600 off contract. We are not sure if customers would be willing to buy a refresh version of Xperia Z1 as not a lot has been improved and everyone is looking forward to newer technology where as in Xperia Sirius case is none.