At the MWC last month, the Japanese mobile manufacturing giant added Xperia P and Xperia U to its premium smartphone line up and on Tuesday the company unveiled its latest addition to the Xperia NXT series with the new Xperia Sola.

This stylish new device sports the latest ‘floating-touch‘ user interface which allows users to browse through multiple web pages and documents by just moving their fingers over the screen without actually making any contact, i.e. the finger movement acts as a moving cursor enabling the ease in browsing. Their blog said, “All you have to do is hover your finger above the screen, as if moving a cursor. Once positioned over the intended link or selection, it becomes highlighted and all you have to do is tap to select.” Sony is the first company to launch this kind of a user interface and assures to bring more clarity and improvement to the interface with enhanced functions and features with active developer engagements. 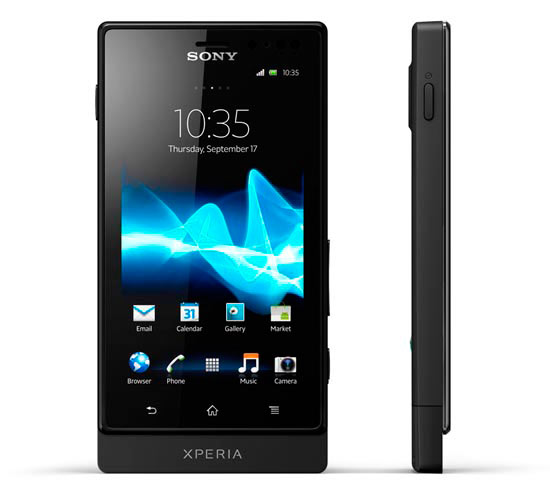 Disappointingly, the Xperia Sola runs on a 1GHz dual-core NovaThor processor with Android 2.3 Gingerbread platform, with the Ice Cream Sandwich update promised by this summer. Sola has a 3.7 inch reality display supported by Sony’s Mobile Bravia Engine along with the latest xCloud technology and 3D surround sound feature. The smartphone has a 5 mega pixel camera and an access to the Sony Entertainment Network loaded with pre-installed music, videos and apps.

Xperia Sola marks Sony’s dive into elaborate NFC technology with the two dedicated SmartTags, capable of packing up to 10 distinct commands for loading preset apps and settings on the smartphone. “Out of the box one is ready for the living room to turn on Wi-Fi™ and launch Google™ news and weather apps, and the other one for the bedroom, which turns on the alarm and switches to silent mode.”

Sony plans to launch this exciting smartphone across the globe, except for the US by the second financial quarter in three color variants: black, white and red at a premium price range.

Let us know what you think of this stylish gadget and its future prospects with your comments.