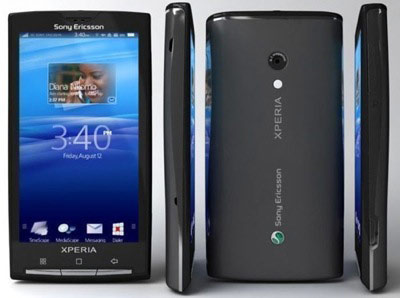 Sony Ericsson is planning to upgrade the phone Xperia X10 ROM to Android 2.3 Gingerbread by the end of Q2 or early Q3 2011.

Previously, Sony Ericsson said that they will not upgrade ROM to Android versions higher than 2.1. This news disappointed many Xperia users. Fortunately, their plans have changed now and they will upgrade generic trade kits of this device, that means those on branded handsets will not receive this update. However, this can by easily fixed by flashing to a generic ROM.

Android 2.3 will bring better performance and new user interface. Sony Ericsson said that this upgrade is being developed in final stages. We should notice that some features of X10 will no longer exist after you upgrade. For example, the camera will have a standard user interface rather than the Sony Ericsson interface, and some features such as face and smile recognition will disappear then. The Sony Ericsson Backup and Restore client will also be removed as it is not compatible with Gingerbread.

X10 started shipping about a year ago and became the first Sony Ericsson’s smartphone running Android. It features a 1GHz processor, a 4 inch 480×854 touch screen, and a 8 megapixels camera.

In related news, Xperia X10 mini, mini pro and Xperia X8 will still use the Android 2.1. There are no plans to upgrade for these phones as Sony Ericsson decided to focus only on Xperia X10.